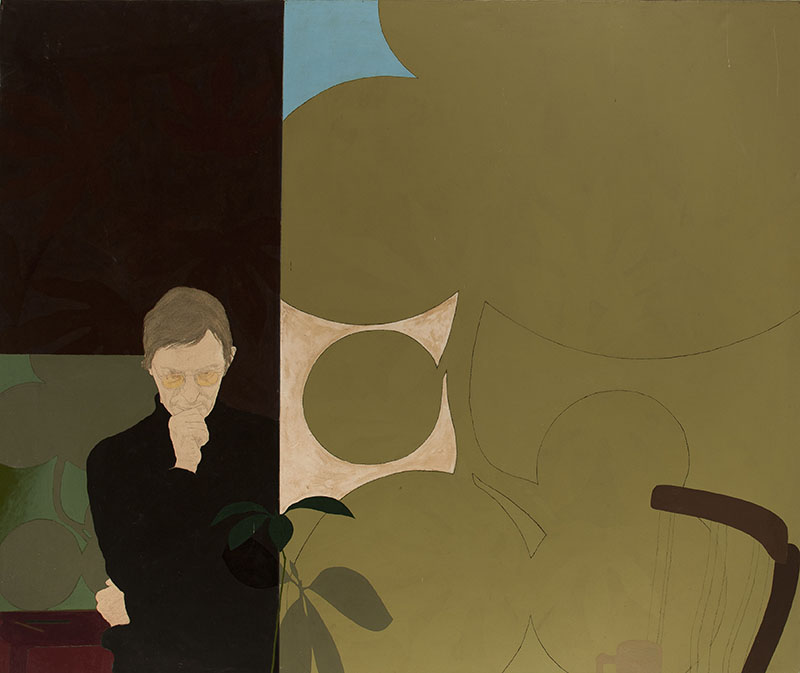 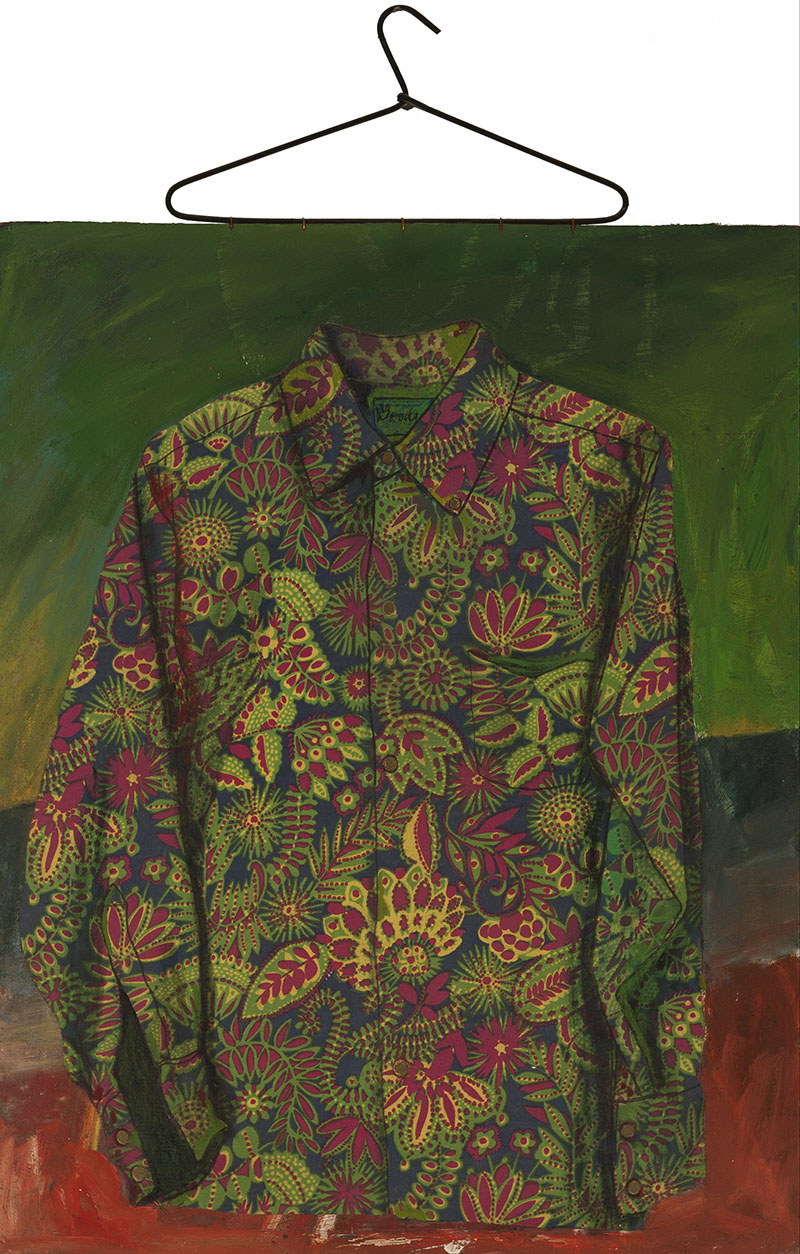 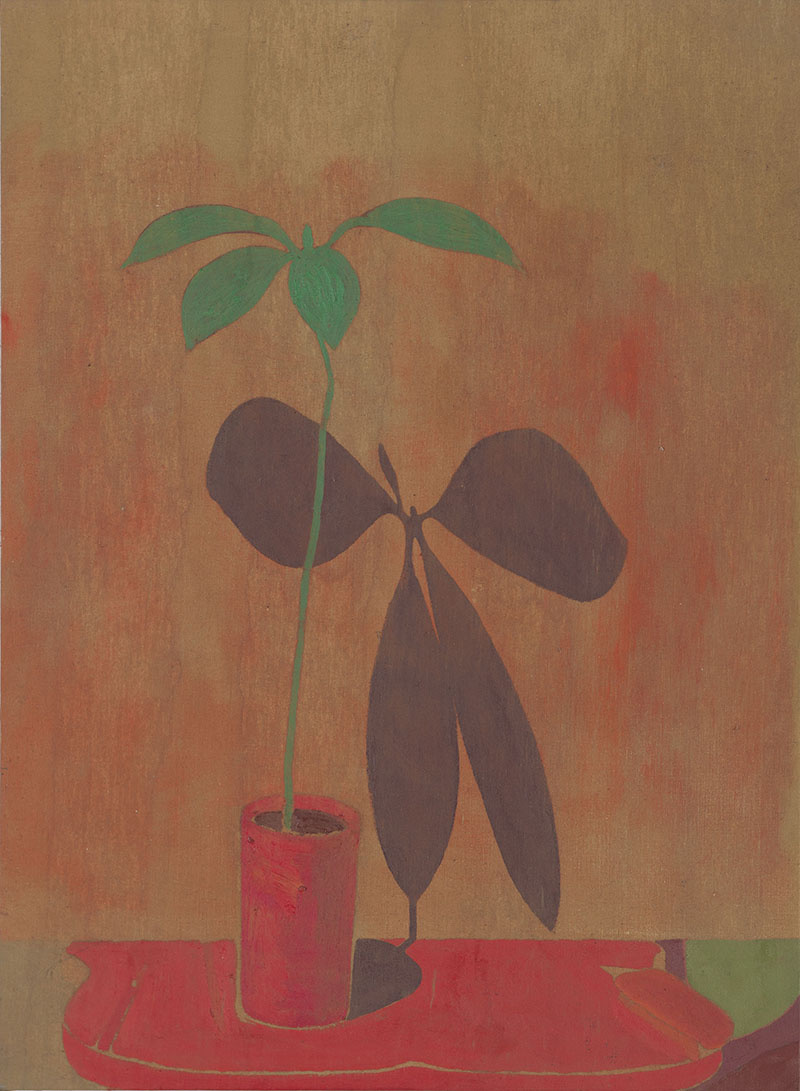 Slightly Asian 1972
Oil on canvas
57 x 45cm
$3,500
Tony Woods (1940-2017) was a Tasmanian artist whose early training and talent was shaped through mentors in Hobart including J Carington Smith, Dorothy Stoner and George Davis.

In 1968 he won the prestigious Harkness Fellowship which took him to New York, living along side Brett Whiteley at the Chelsea Hotel. 18 months later a studio fire tragically destroyed all his New York works to that point -Tony barely escaping with his life. Due to the ensuing distress he was unable to take up the Power Institute Residency at the Cite International des Arts, Paris. He subsequently returned to Sydney, sharing exhibitions with Whiteley, before moving to Melbourne and studying printmaking with Fred Williams.

He continued to maintain a working studio in a barn at Dunalley, making regular trips to Tasmania.

Shafts of light and shadows form a significant motif that continued throughout his career, in painting and works on paper and later into his extensive highly regarded Film work.

His work was celebrated in 1990 with a 28 year Retrospective at ACCA, Melbourne.

Colville Gallery is pleased to present these outstanding works back in Tasmania in acknowledgement of the unique talents of a major and historically significant Tasmanian artist. 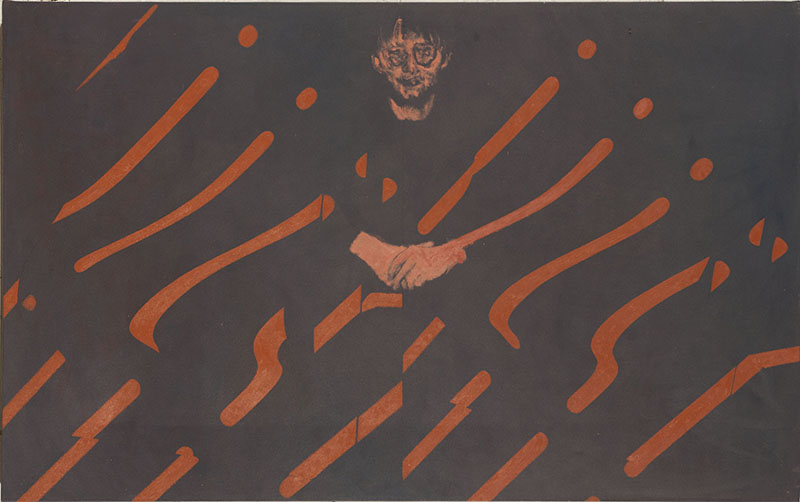 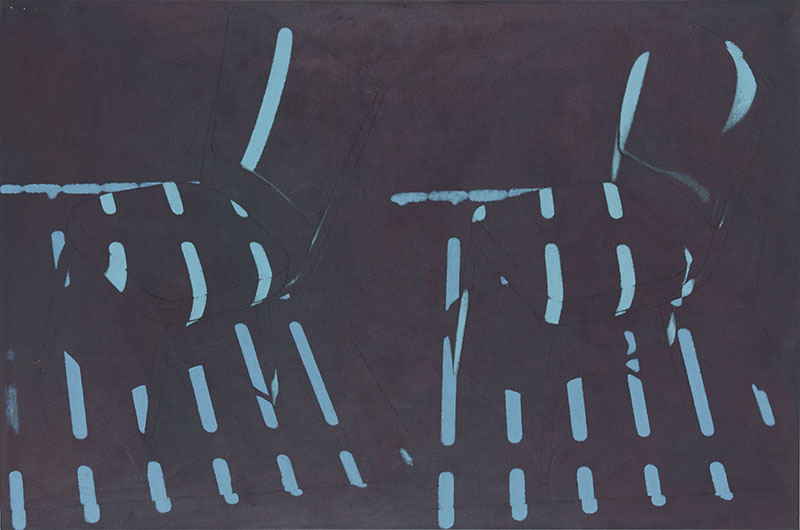 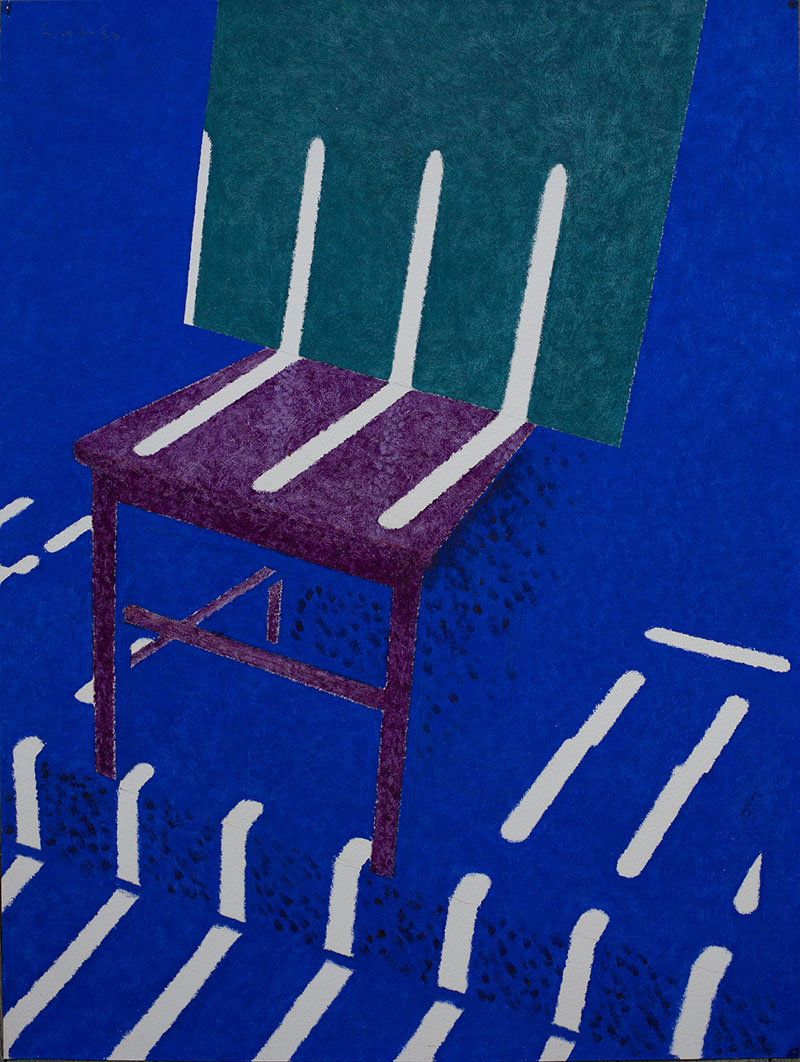 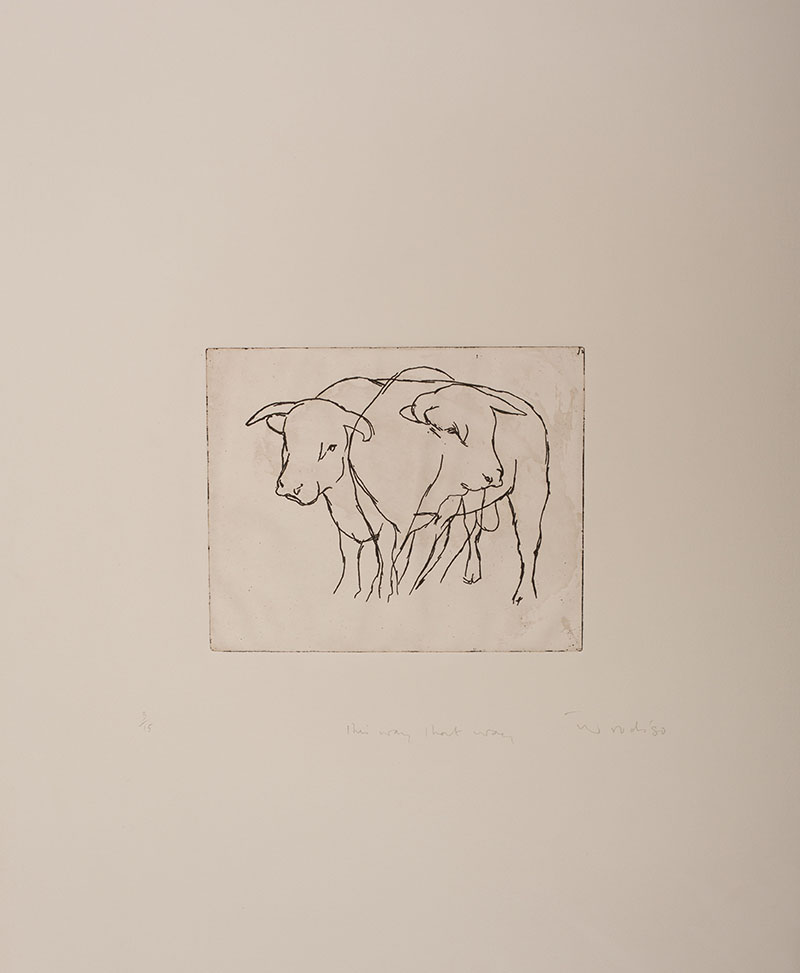 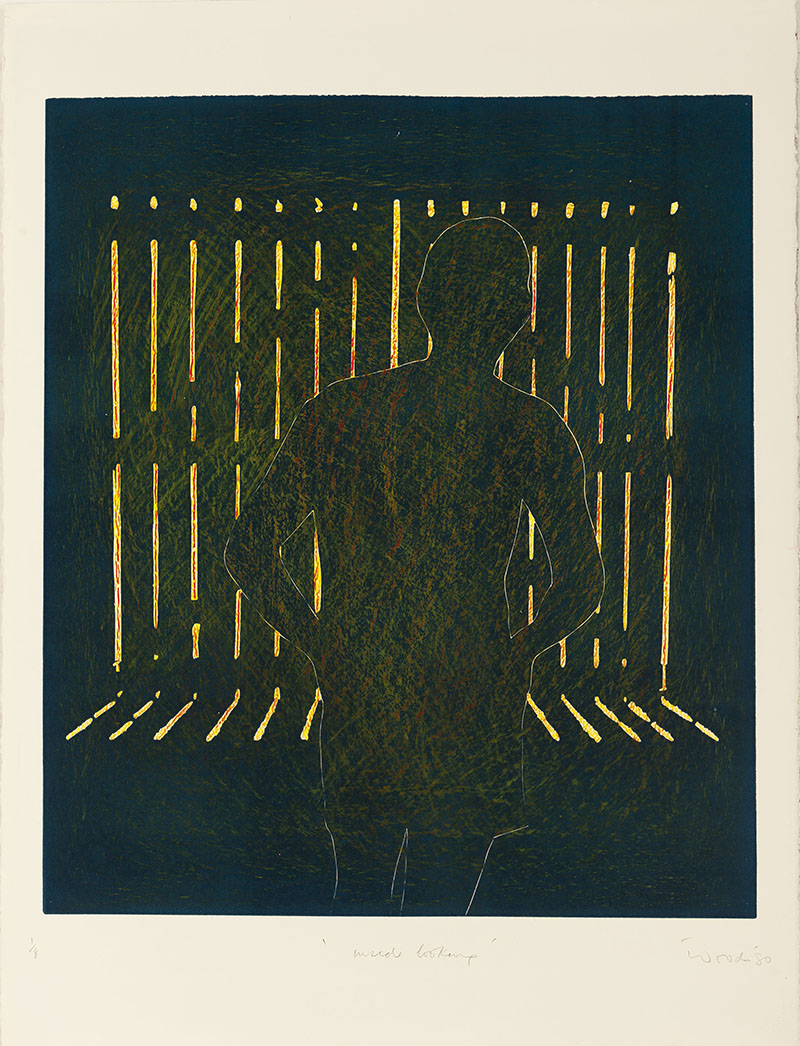 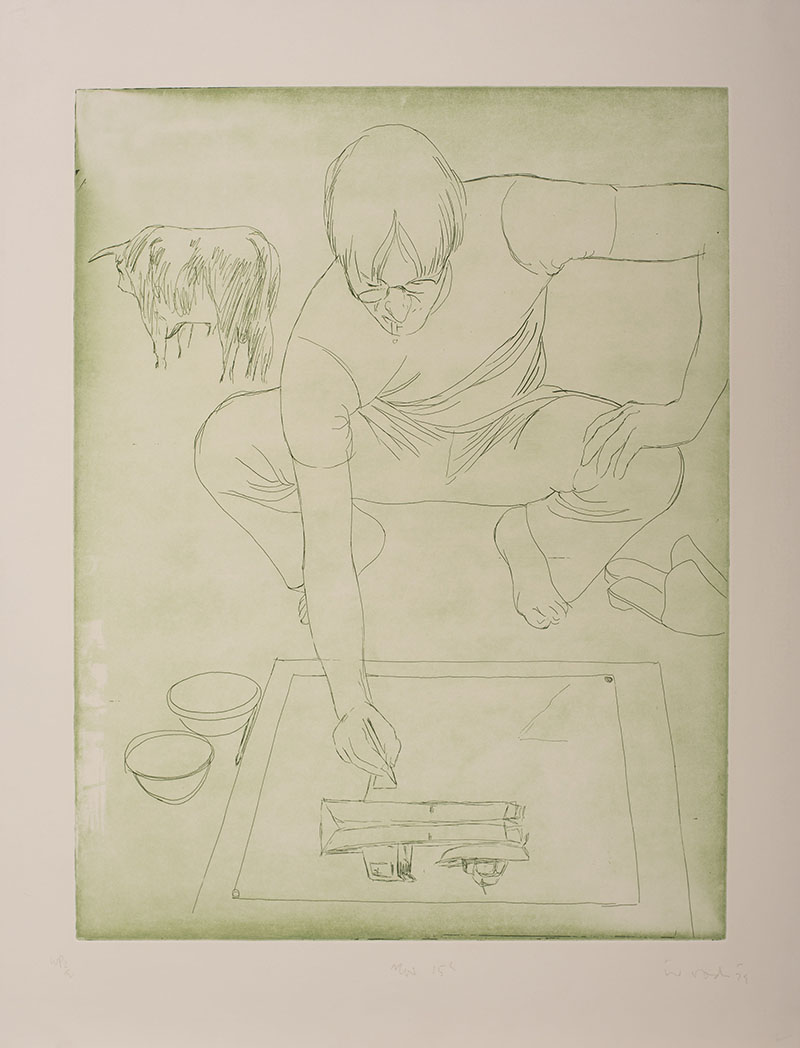 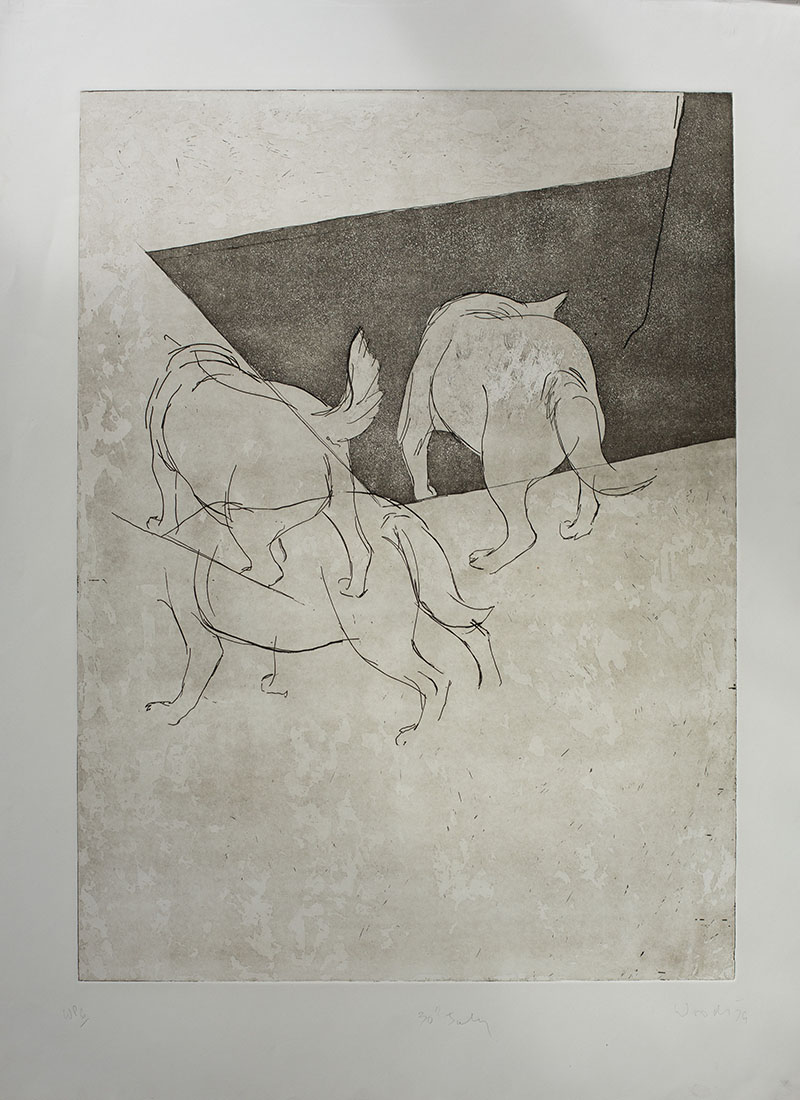 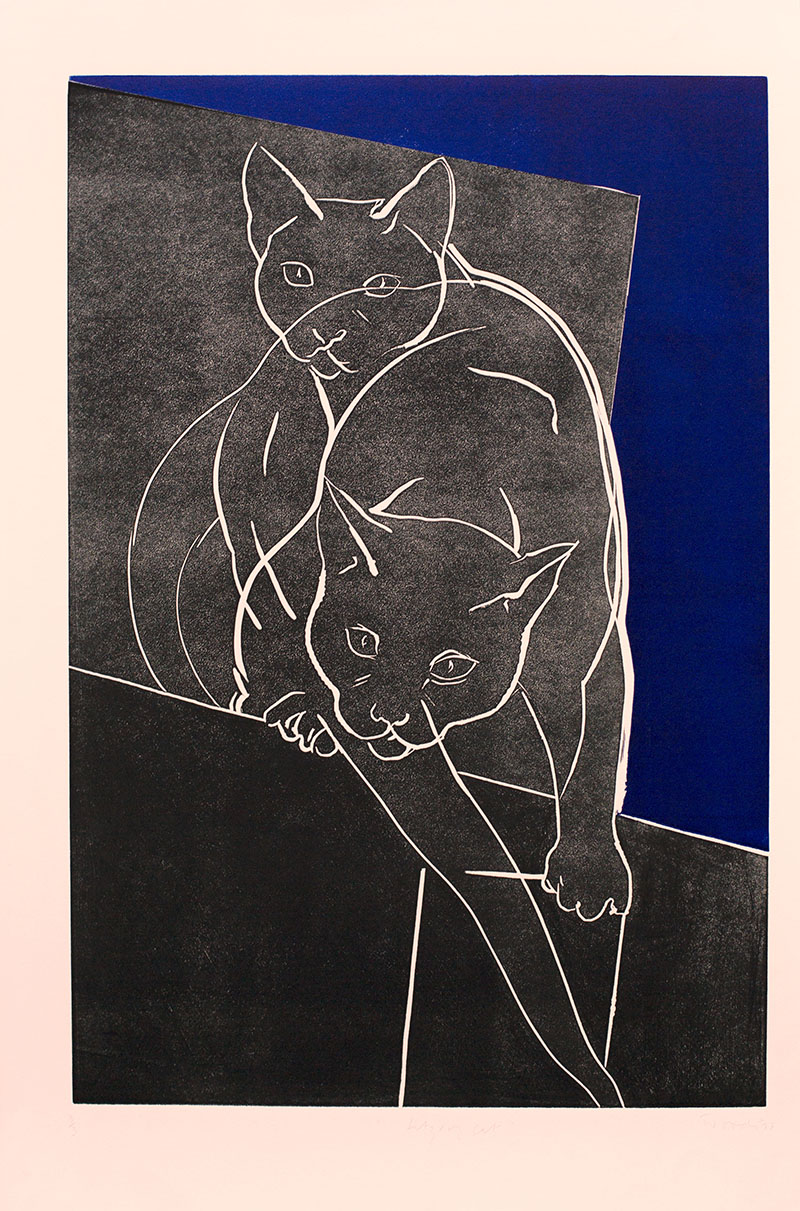 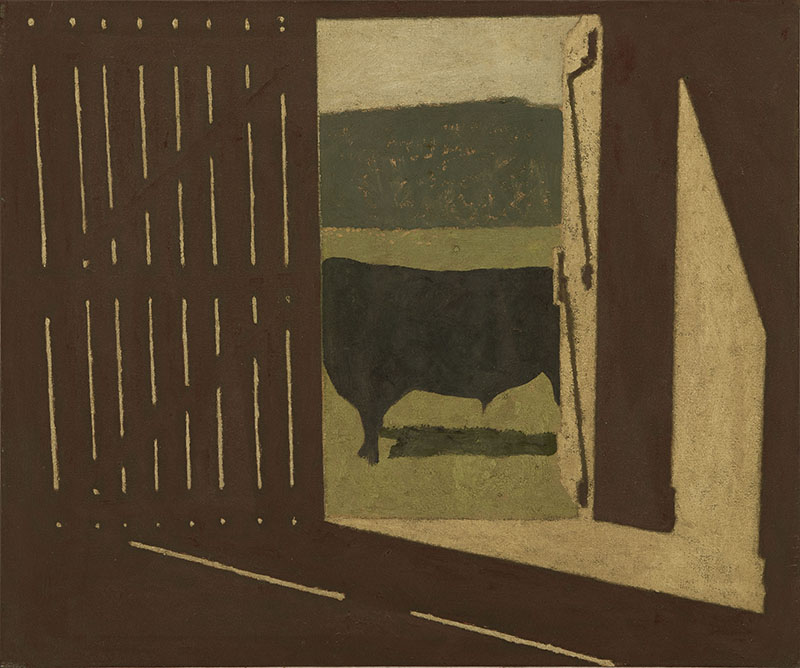 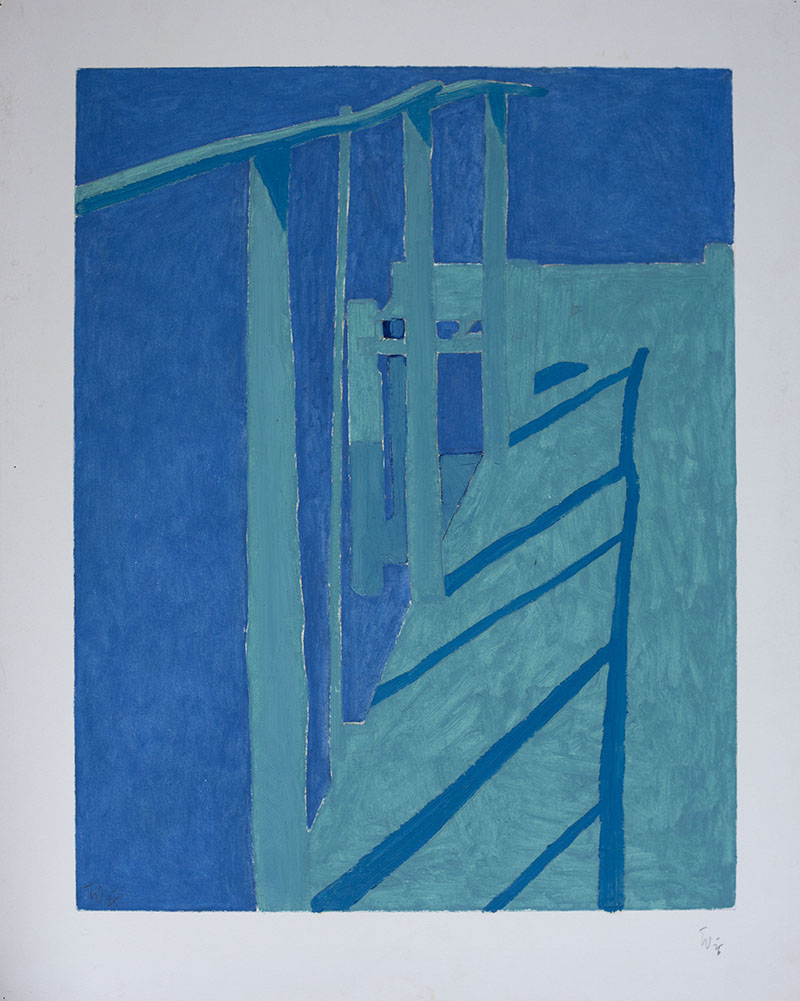 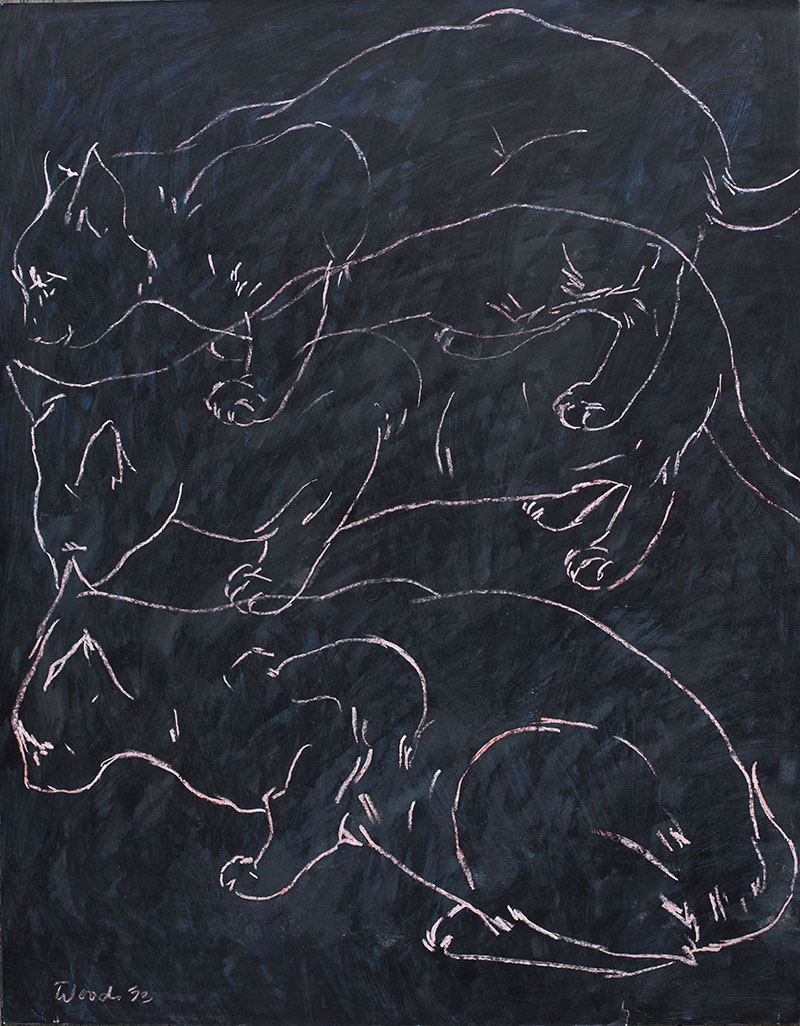 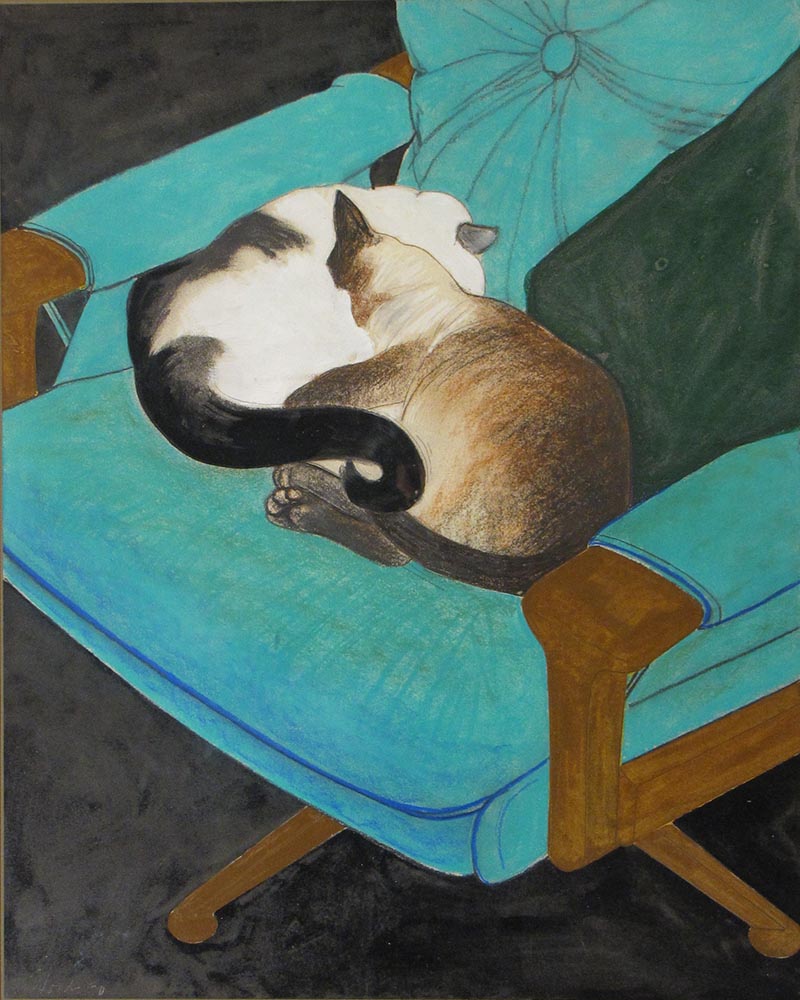 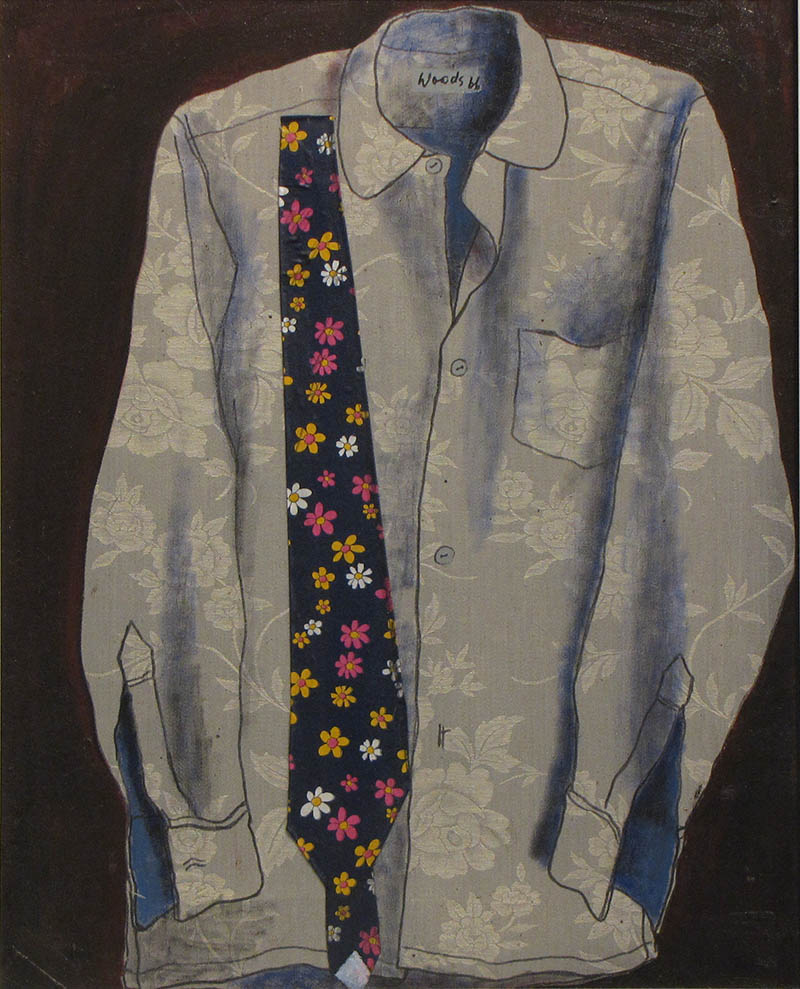 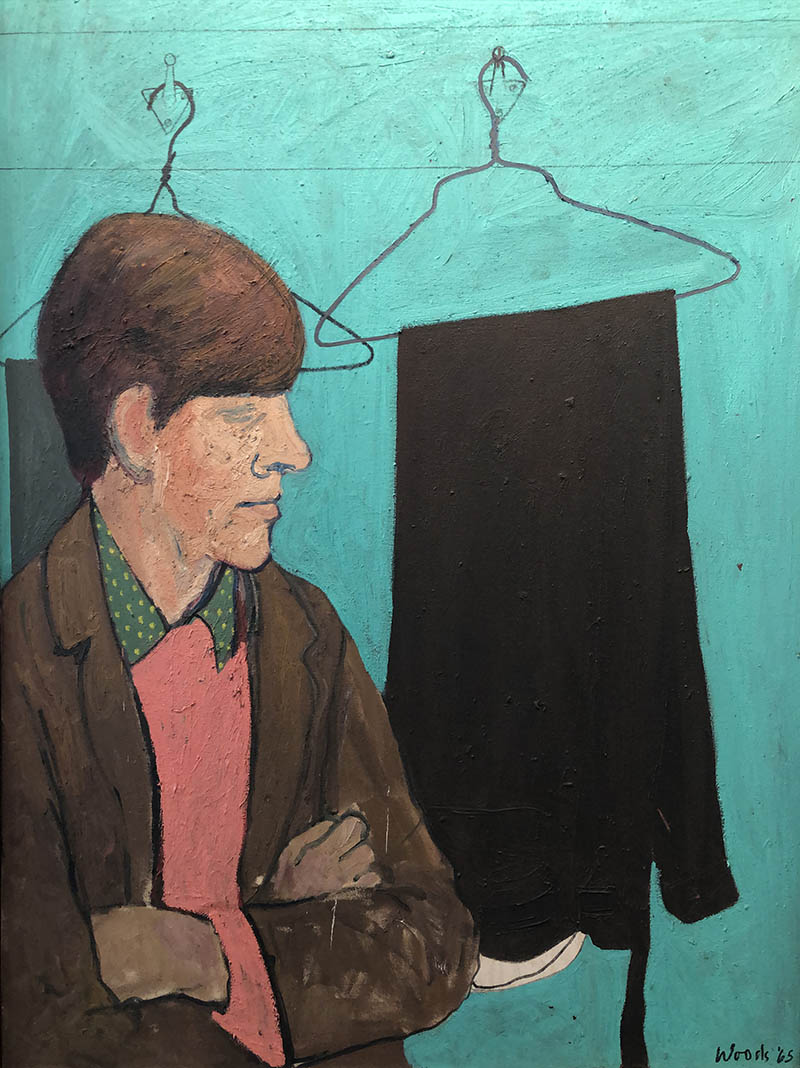 F.A.D. Hobart, 1963 Studies under J.Carington Smith, Dorothy Stoner, George Davis
‘1963, city studio 2nd floor 136a Collins Street Hobart, later in 1965 also rented the top floor that had been a ballet school, I inherited a very large mirror which I was able to utilize in my oil paintings later on.’ Tony Woods Archive Art Info.com 2013’
He was awarded the Harkness fellowship, which supported 21 months painting, New York, 1968/69
Well known for figurative, his period in NY saw a shift to contemporary abstraction over the 2 years of his residency. In the last months a major disaster occurred with a studio fire and he lost all his paintings. He was further offered a Power fund, Studio Fellowship, France, 1970 but was unable to take up at the time.
Returning to Australia he moved to Sydney and painted alongside Brett Whitely at a shared house Palm Beach working to joint show in Perth 1971. Following that Woods moved to Melb, but also maintained a small property at Dunally, Tasmania, where he had a shed as a studio. Melbourne saw his engagement with printmaking with encouragement from Fred Williams, while his later work took on super8 filmmaker, video/mdv & field recordings
1990 saw a major retrospective ACCA, Tony died 2017.
A significant painter, his painting encompasses themes of the structure of shadows, figurative and later abstraction. 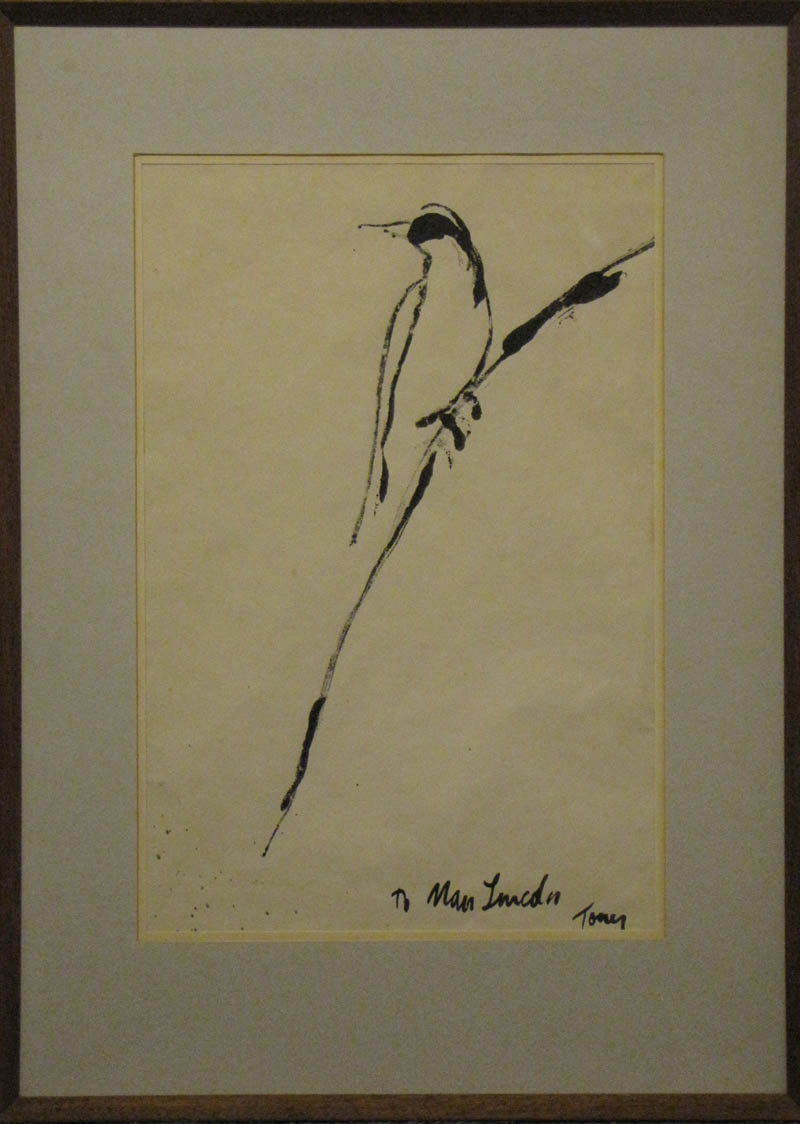 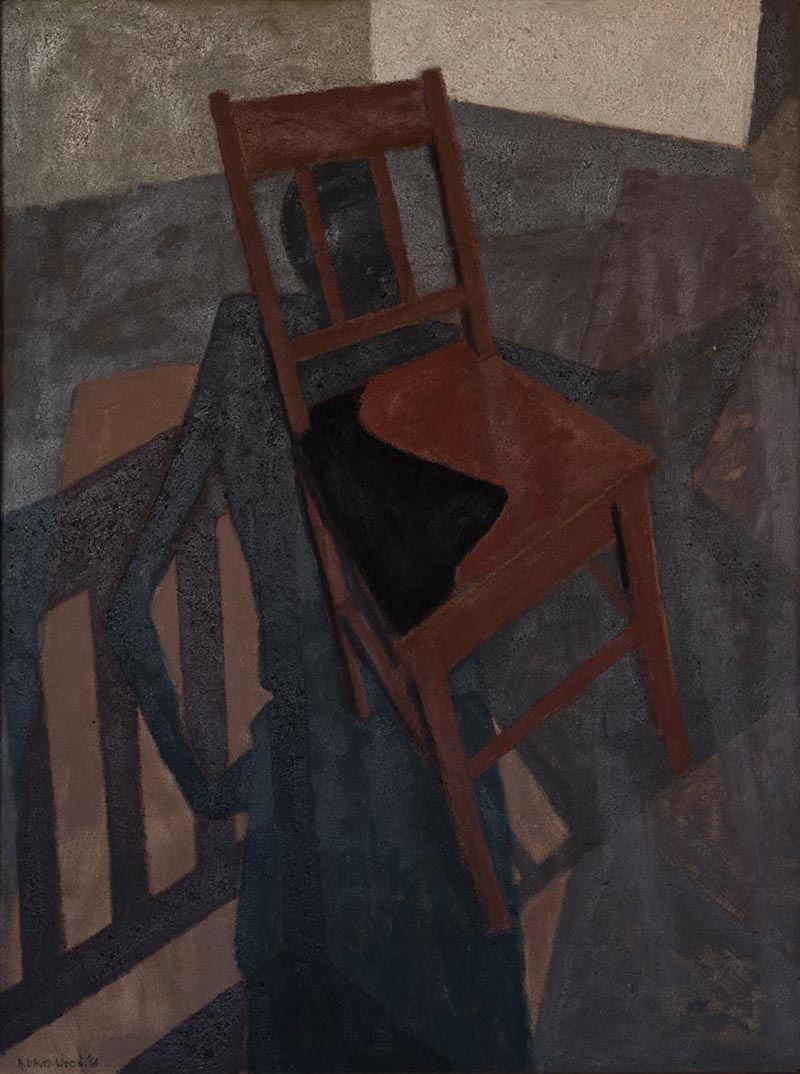 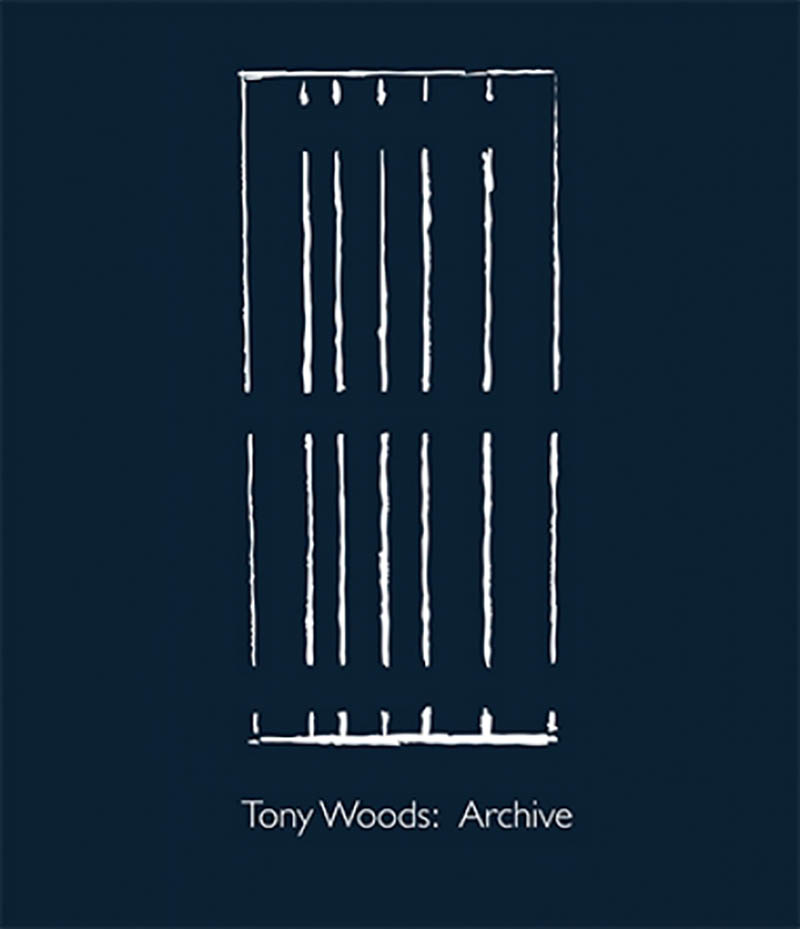