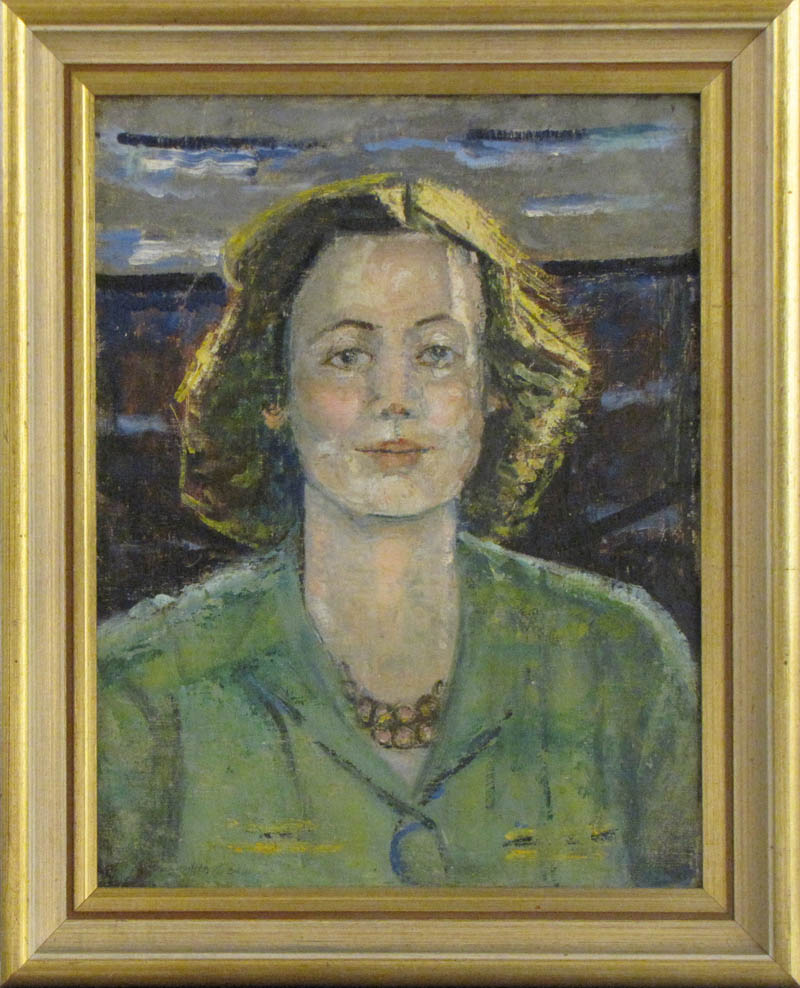 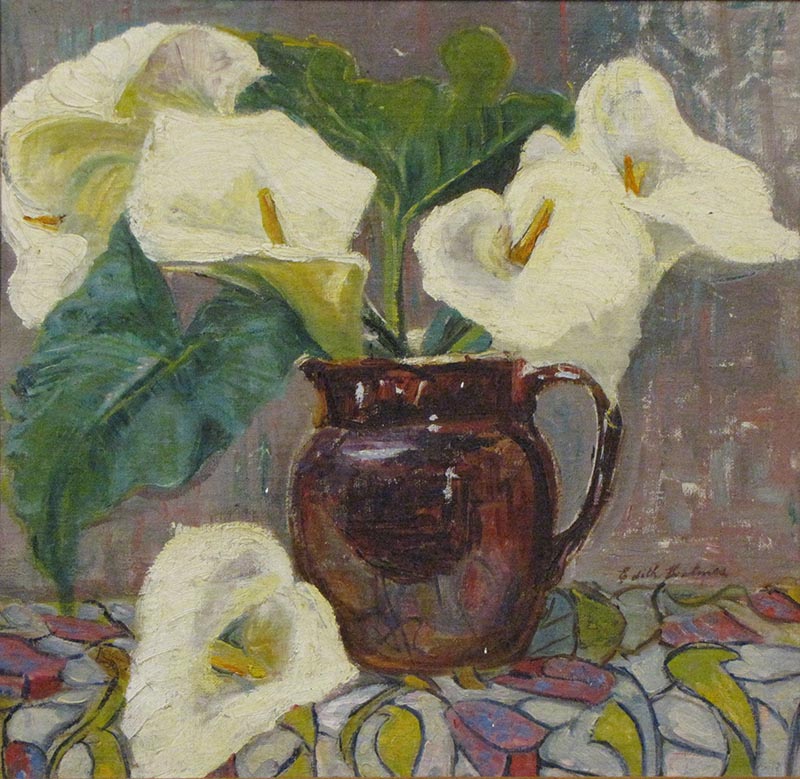 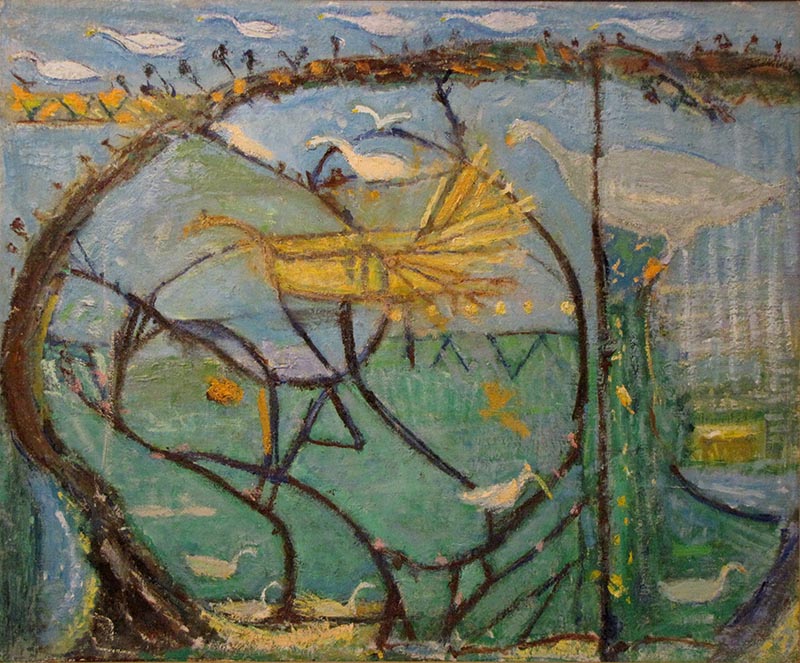 B 1893 Tasmania, in Hobart Edith studied under Lucian Dechaineux and in Sydney at the Julian Ashton School of art, later working with George Lambert and Thea Proctor.
During the 1930’s she held several solo exhibitions in Sydney and Melbourne. However, her first real acceptance came when her work was acclaimed by Rupert Bunny.
In 1956 Edith made her first of three visits to Europe and subsequently saw the influences of Pissarro and Bonnard.
Her principal motifs were places, people and things that she loved, familiar views, family friends, flowers and textiles, Light on the water, sunsets, reflected light and brilliantly lit transparent summery skys.
Notes From H Kolenberg ‘Two Retrospectives Edition Holmes Dorothy Stoner’ TMAG 25 August – 2 October 1983

In March 1970 she was guest artist of Fine Arts Committee UTAS, Man and His Art, a show opened by Lloyd Rees. The 72 works covered retrospectively 1948 – 1970.
Edith had exhibited frequently at The Tasmanian Art Society and in the 88th Annual show in 1972 she exhibited cat#27 ‘Geese and Trees’ cat#28 ‘Sussex’. This was to be the last time she exhibited works prior to her death in 1973.
In March 1974 the Art Society of Tasmania presented Edith Holmes Memorial Exhibition, some 43 works including cat#23 ‘Geese and Trees’. A further selling exhibition was mounted by Chapman Powell Gallery Melbourne in December 1974, and Glenorchy Bazaar October 1975 some 58 works including cat#53 ‘Abstract Geese in Flight’ In Oct 1983, this work was included in TMAG Edith Holmes Dorothy Stoner cat #69 assigned the descriptive title (Geese and Mrs Pitts Wisteria) as donated by the brackets of the title in the catalogue.
This painting, created 1970 after the exhibition Man and His Art UTAS and exhibited in her last exhibition with Art Society of Tasmania, 1972, can be considered the last know painting by this artist. 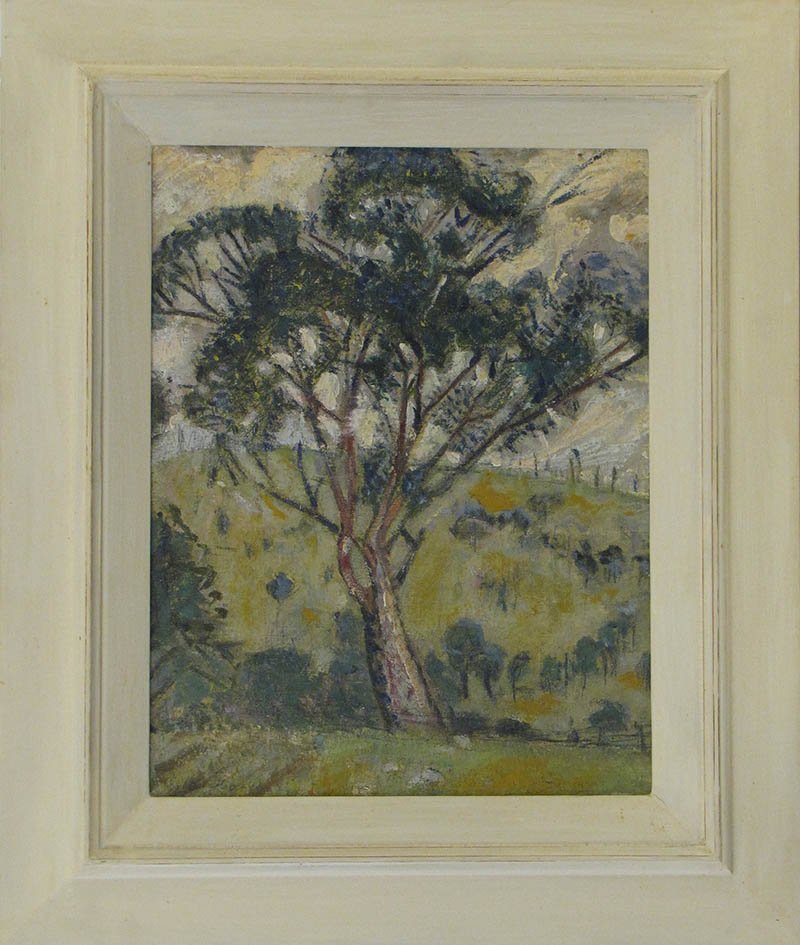 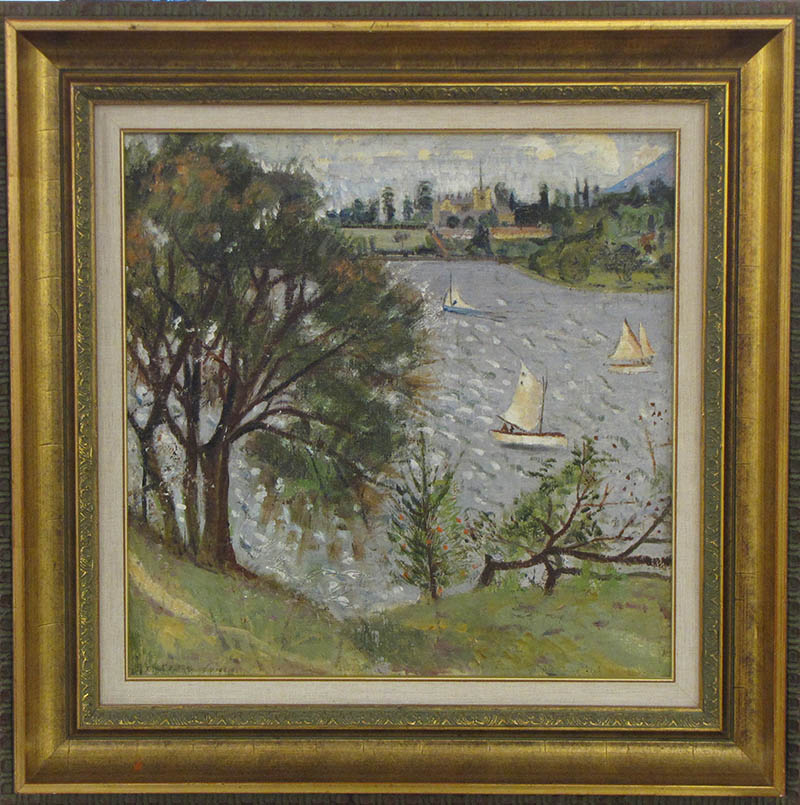 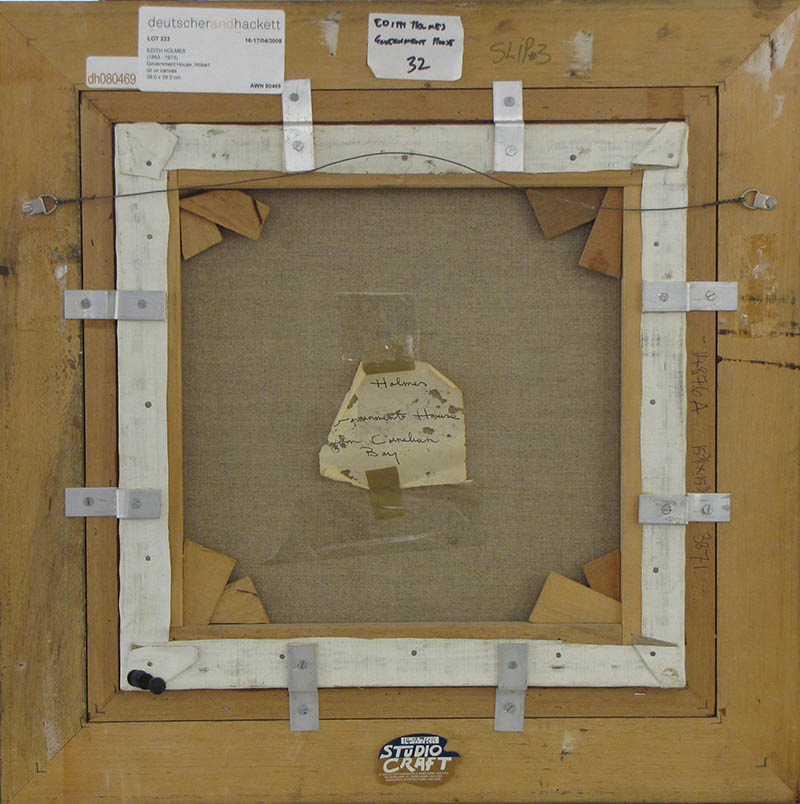 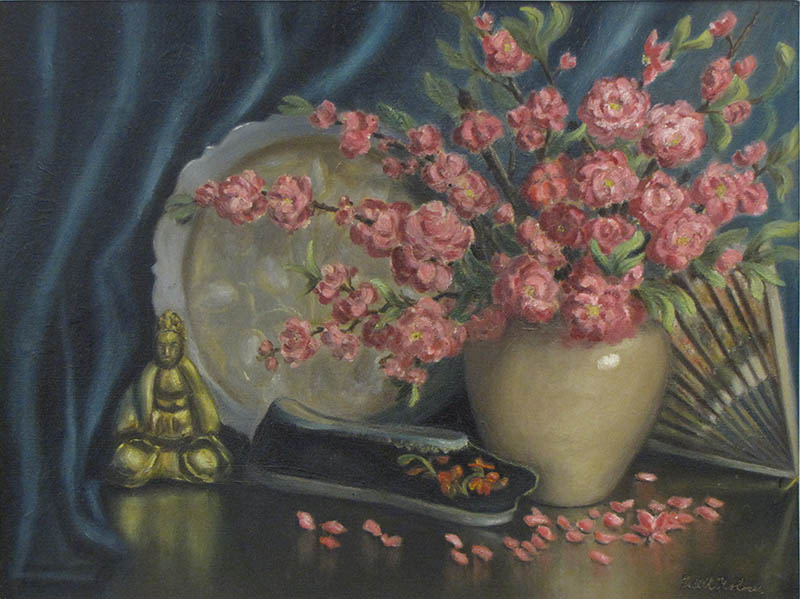 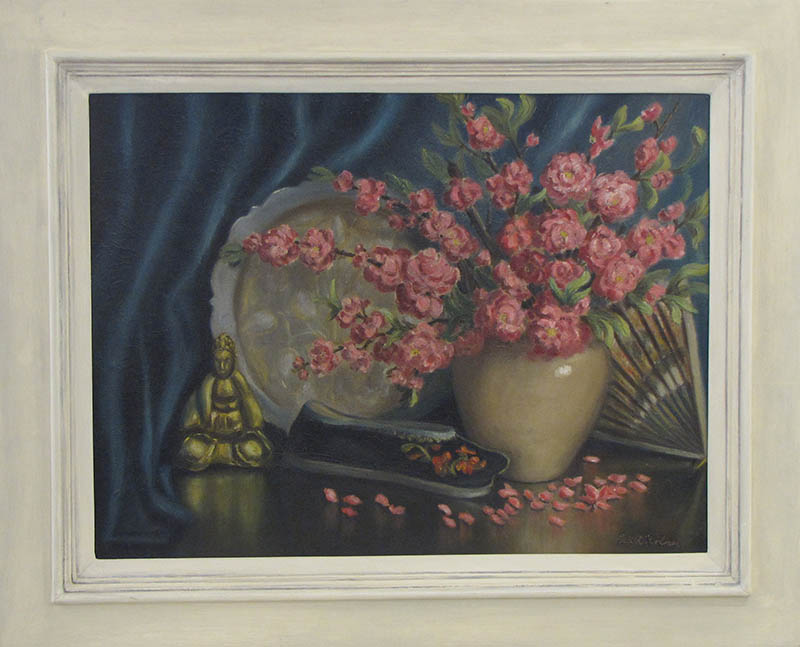 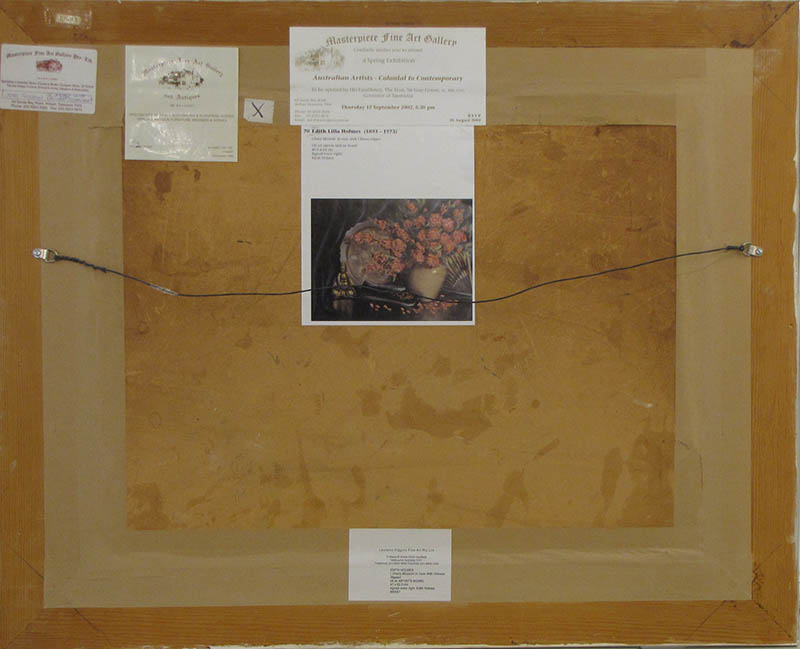 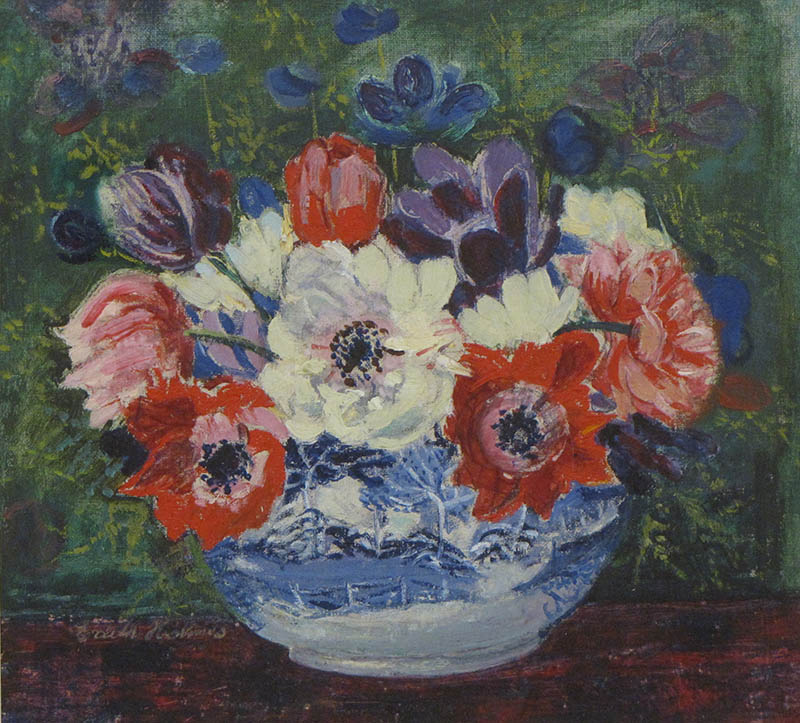 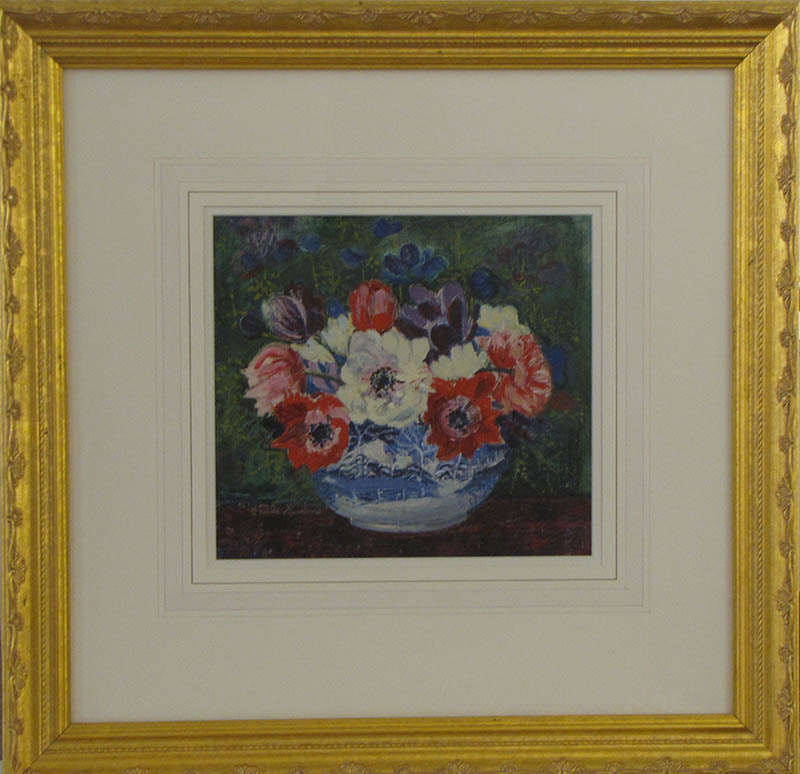 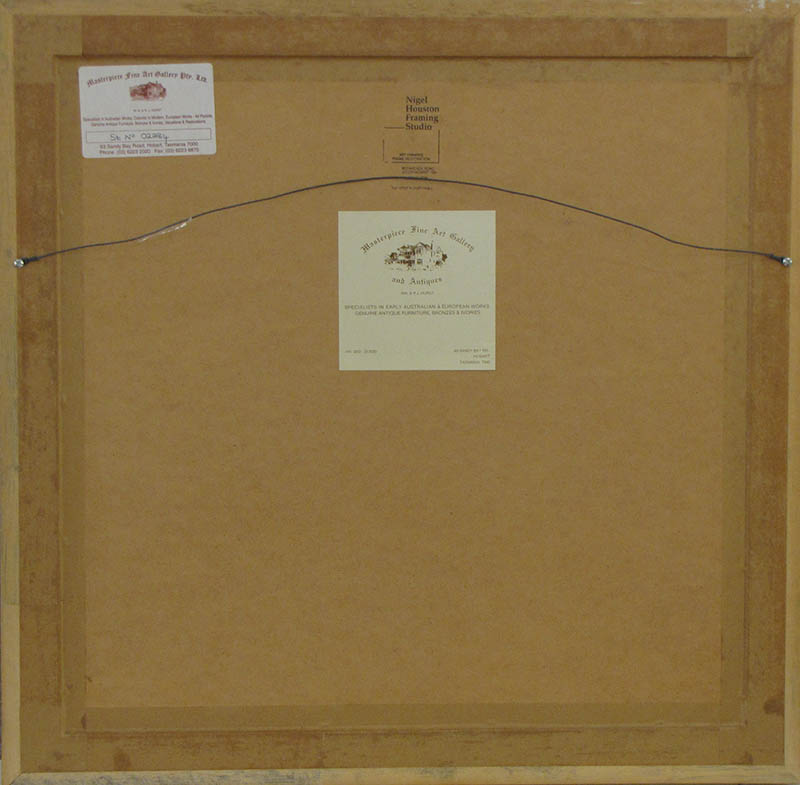 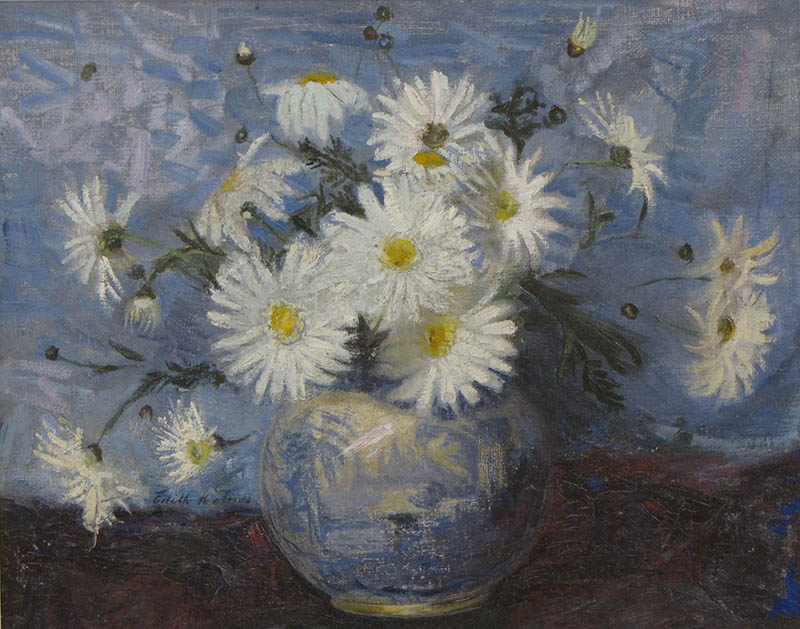 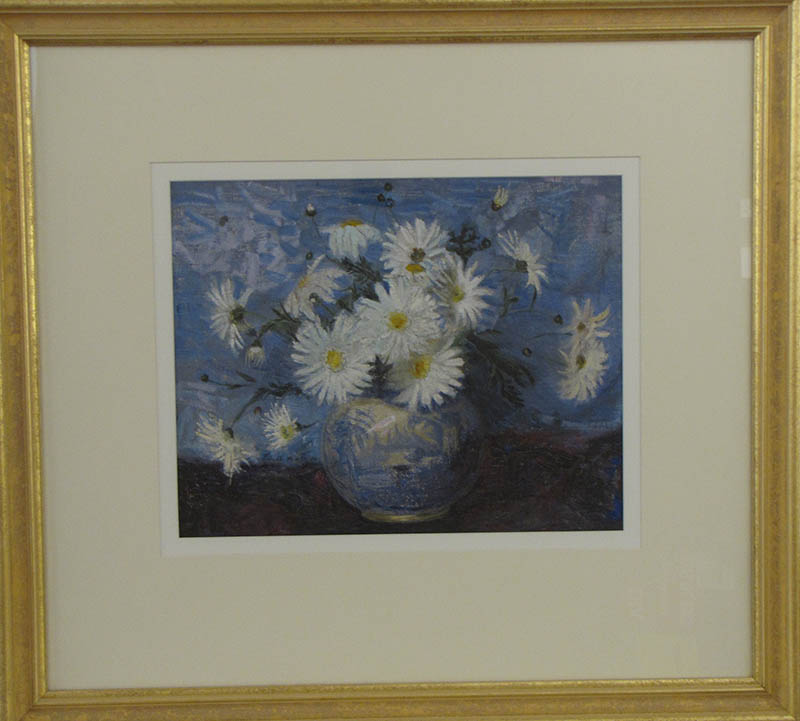 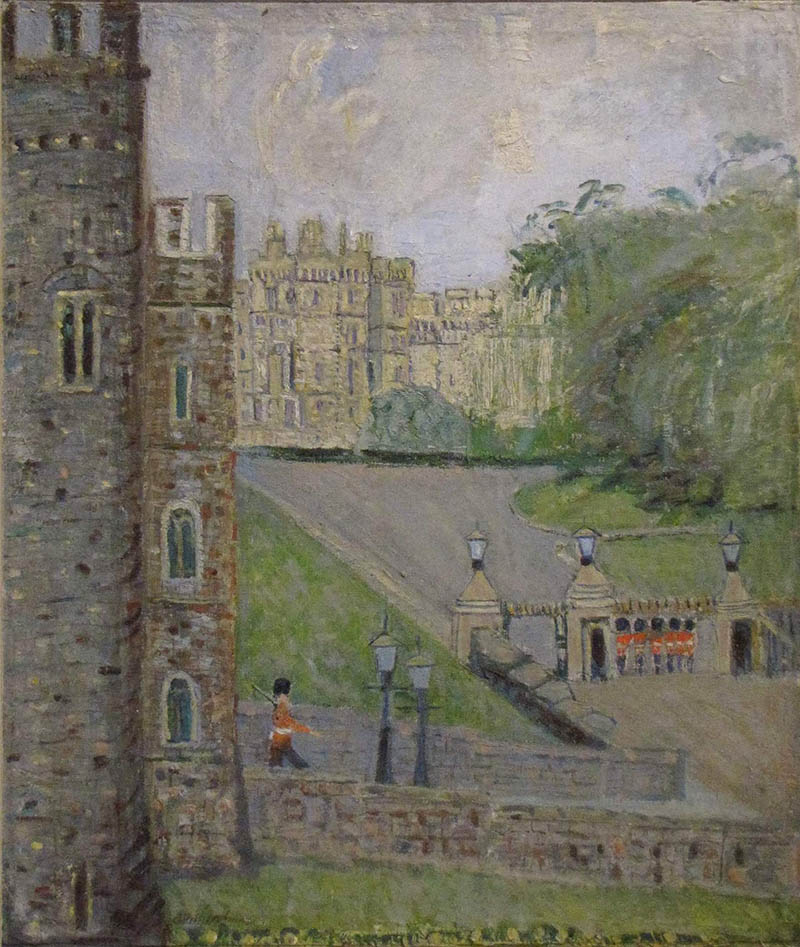 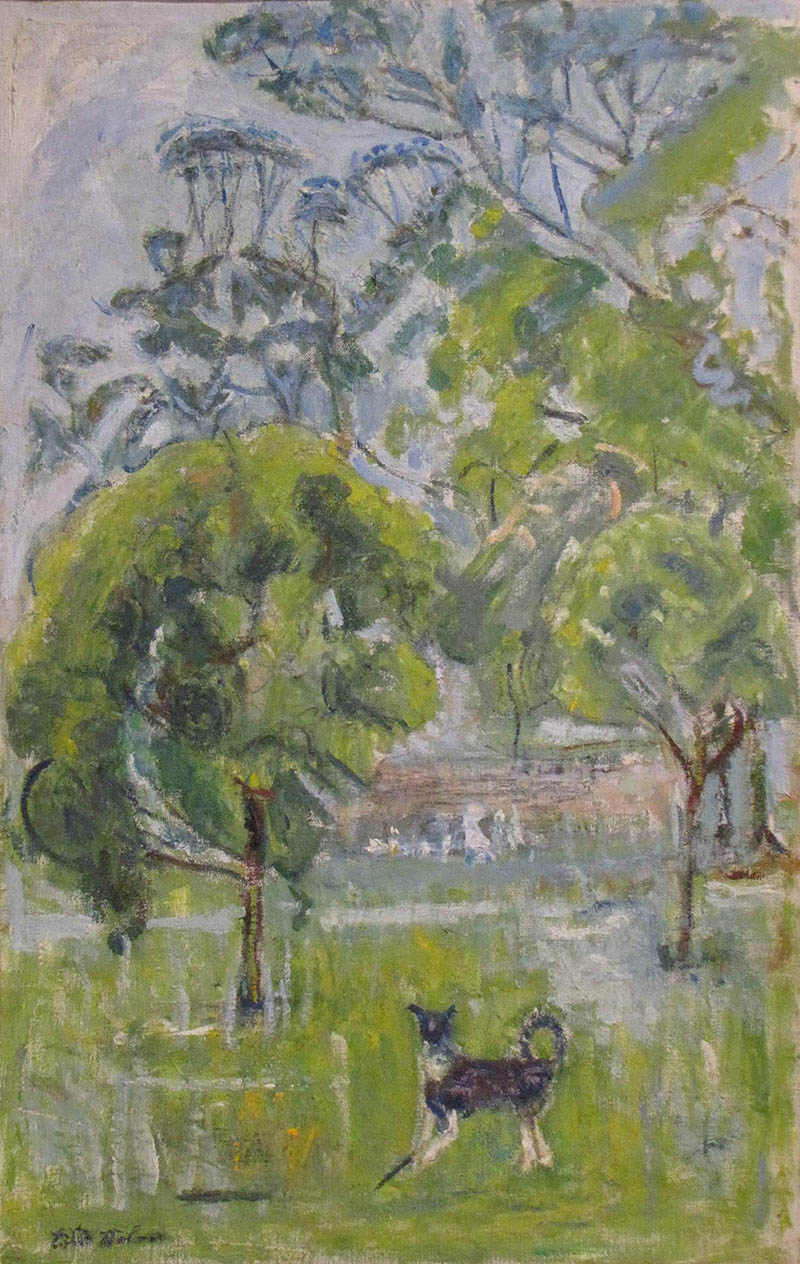 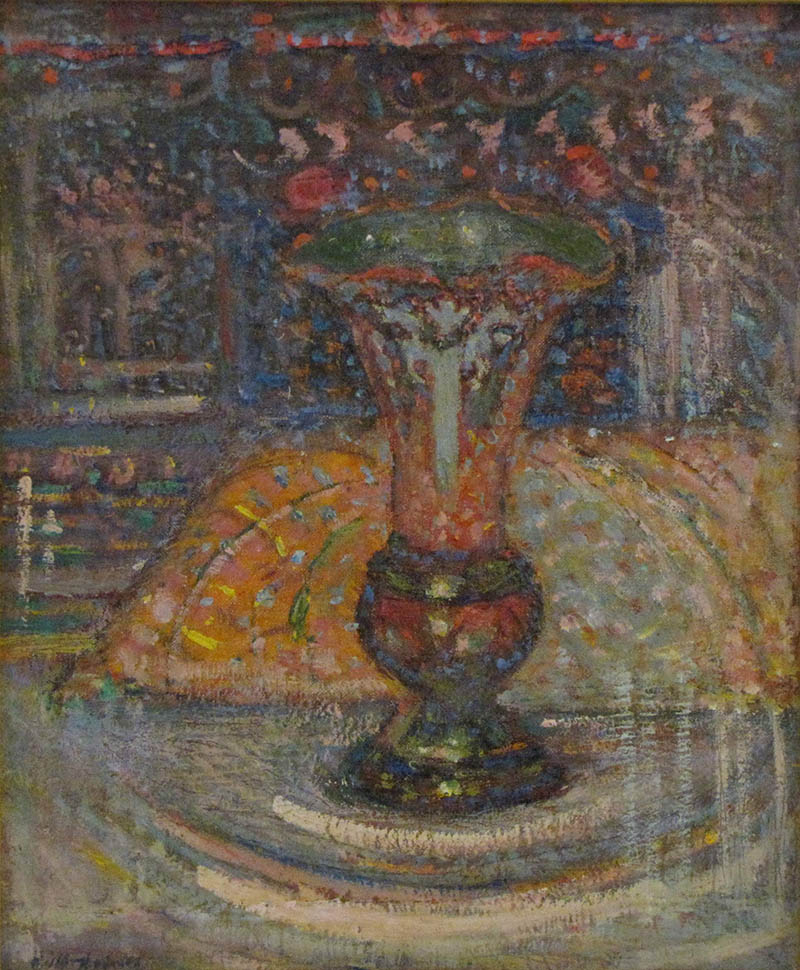 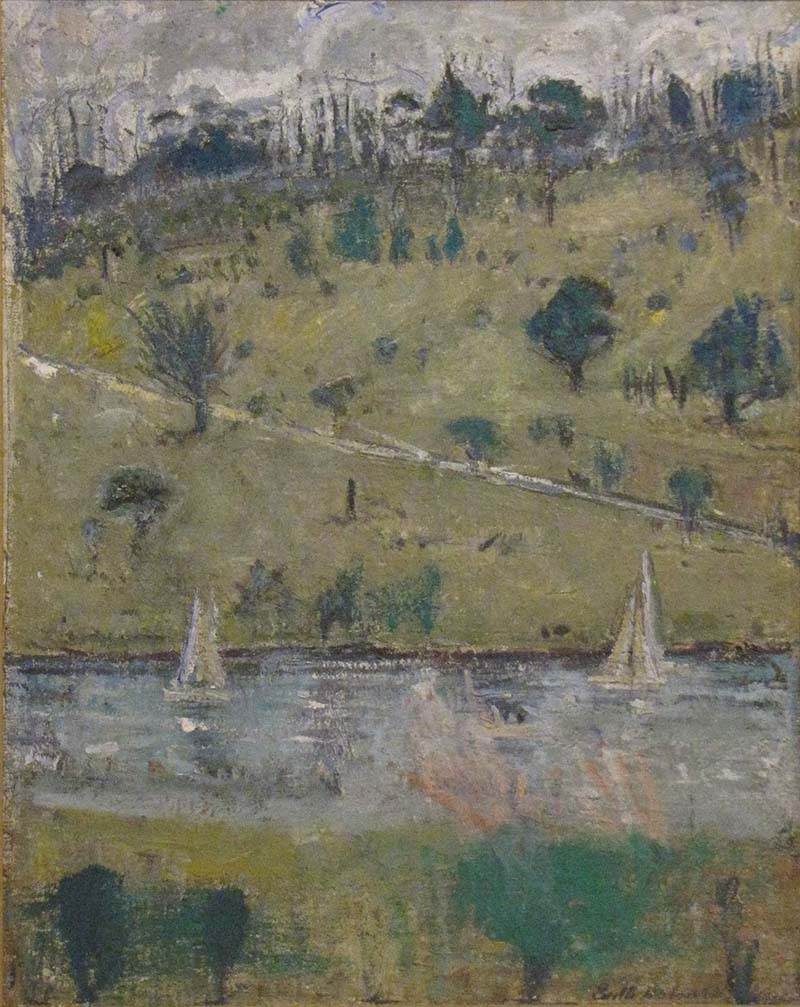