The Rooftop of Your Mind

Hobart-based artist Donna Lougher works on the tenth floor of Studio 65, a former office building in the heart of the CBD. Once populated by beige partitions, corner desks and stationery cupboards, it is now inhabited by creatives - artists, fashion designers and filmmakers. Donna's studio is compact, filled with paintings stacked against the wall and sheets of paint spattered fabric on the floor. One side is taken up by windows, looking out onto an expansive vista of rooftops and streets crisscrossing below. It is this view from above that serves as the main influence for The Rooftop of Your Mind.

Moving on from Dark Flowers, her 2018 exhibition of still life florals painted in the interiors of her home, Donna's new works are focused on movement in the public space - the ebb and flow of lunchtime crowds, the noise of industry and the evolving shapes of construction. While she paints what she sees from a high vantage point, paradoxically, the paintings in The Rooftop of Your Mind are equally about what lies beneath the surface - dirt, layers of dolerite, fossilised vegetation and the blood of previous generations. Many of Donna's new paintings depict the urban architectural environment yet also speak of the natural materials they are borne from. Her chosen palette is dominated by brown, grey, blue and red, recalling the colours of clay, timber and stone as well as the contrasting industrial materials of concrete and steel.

While working on The Rooftop of Your Mind, the enduring Indigenous history modern cities are built upon was never far from Donna's mind. In the early 2000s, Donna spent time traveling through remote Aboriginal communities, including Warmun Art Centre in the East Kimberley region and Ikuntji Artists at Haasts Bluff in the West MacDonnell Ranges. Surrounded by the red dirt of the desert, Donna was deeply influenced by the women working in these locations and their method of singing their artwork into being. Their techniques of repetitive mark making, profound connection to country and abundant use of earth-based pigments, continue to remain important to Donna's own aesthetic and the way she thinks about the land.

In addition to our Indigenous history, throughout her artistic career Donna has drawn inspiration from a wide range of sources. From old school, bedrock-laden Flintstones cartoons and toy carparks, to Sex in the City and the infiltration of technology in to our daily lives, Donna also cites the botanicals of American painter Georgia O'Keefe, early work by Henri Rousseau and the raw, expressive paintings of Egon Schiele as steady influences. A consistent presence on the national art award circuit since 1990, in 2010 Donna was the recipient of Eskleigh's Tasmanian Art Award. She has also been a finalist many times over in the Portia Geach Memorial Prize, the Lloyd Rees Art Prize, the Glover Prize and the Wynne Prize. Most recently, Donna completed the Kriti Artists Residency in Varanasi, India, an experience that resulted in her 2017 exhibition, The Wild River.
Briony Downes 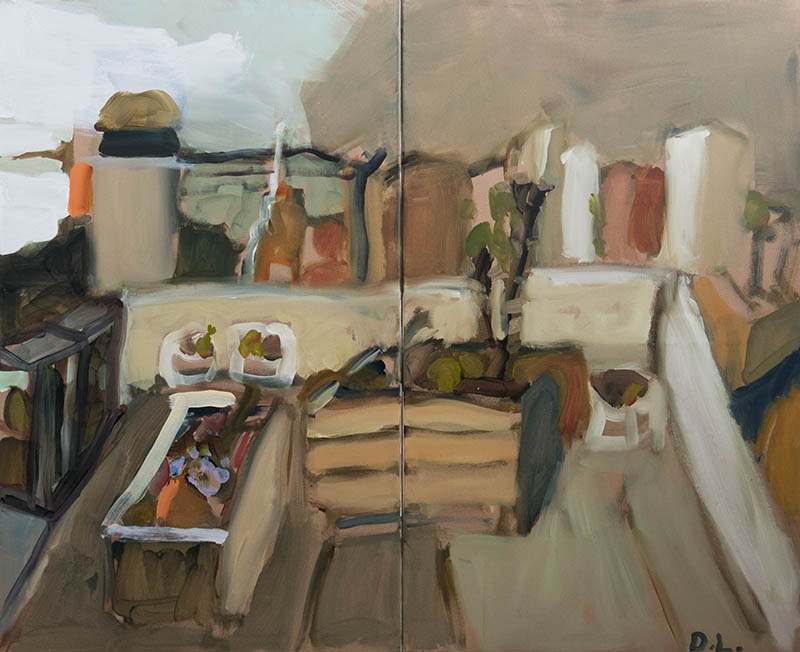 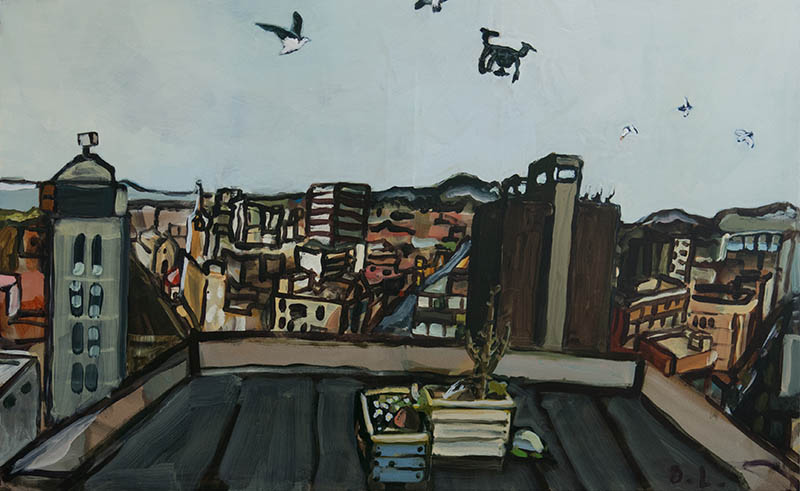 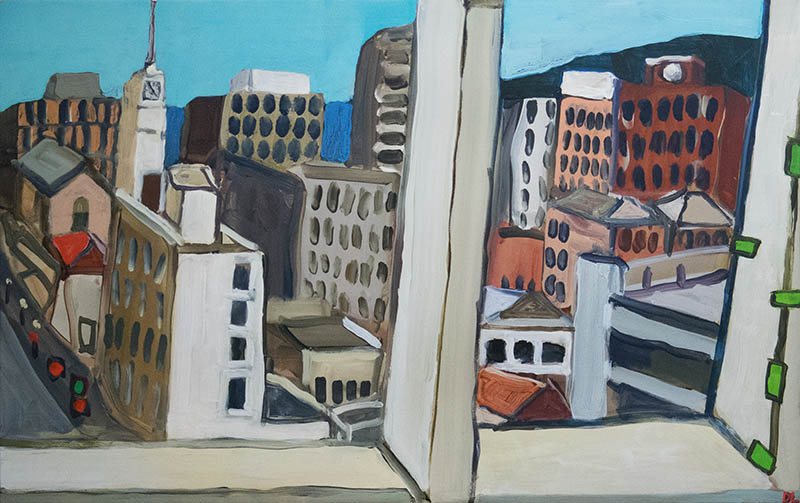 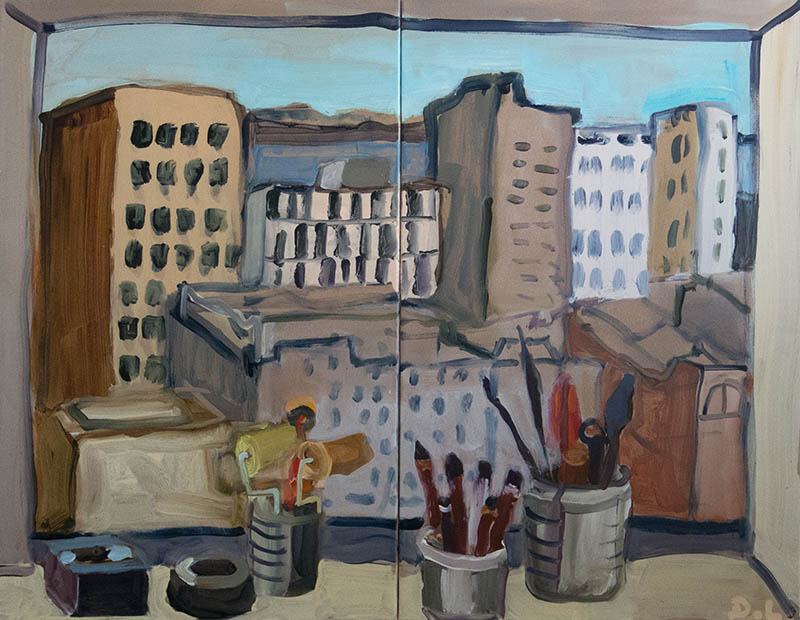 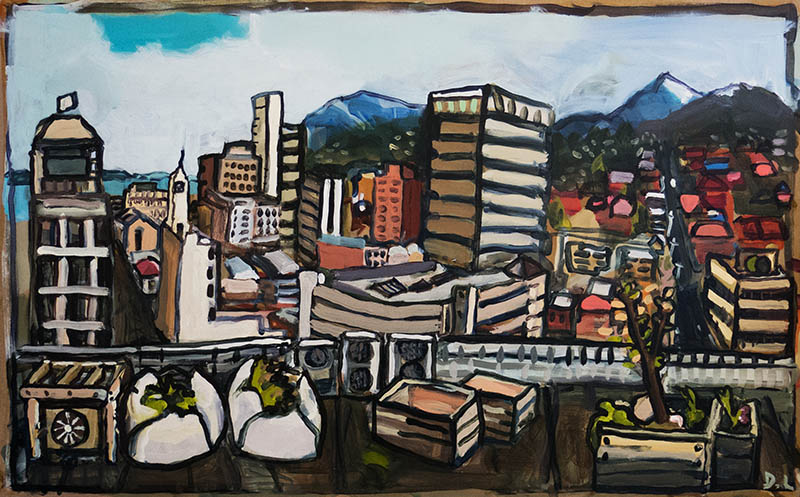 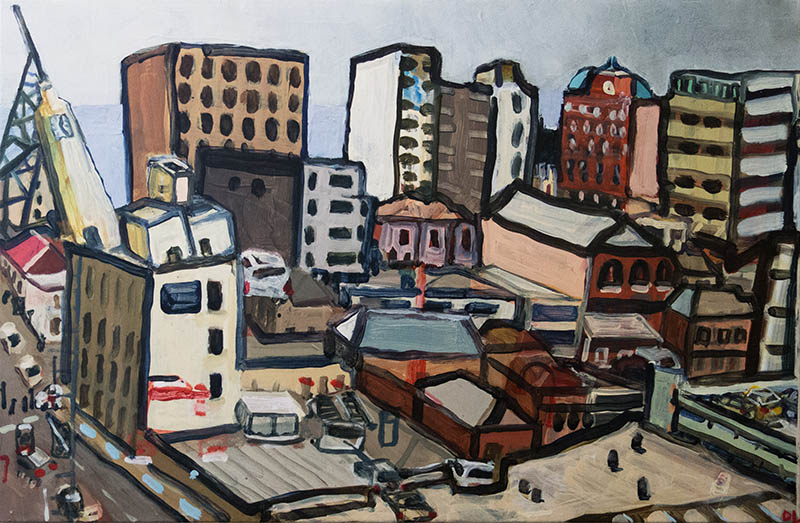 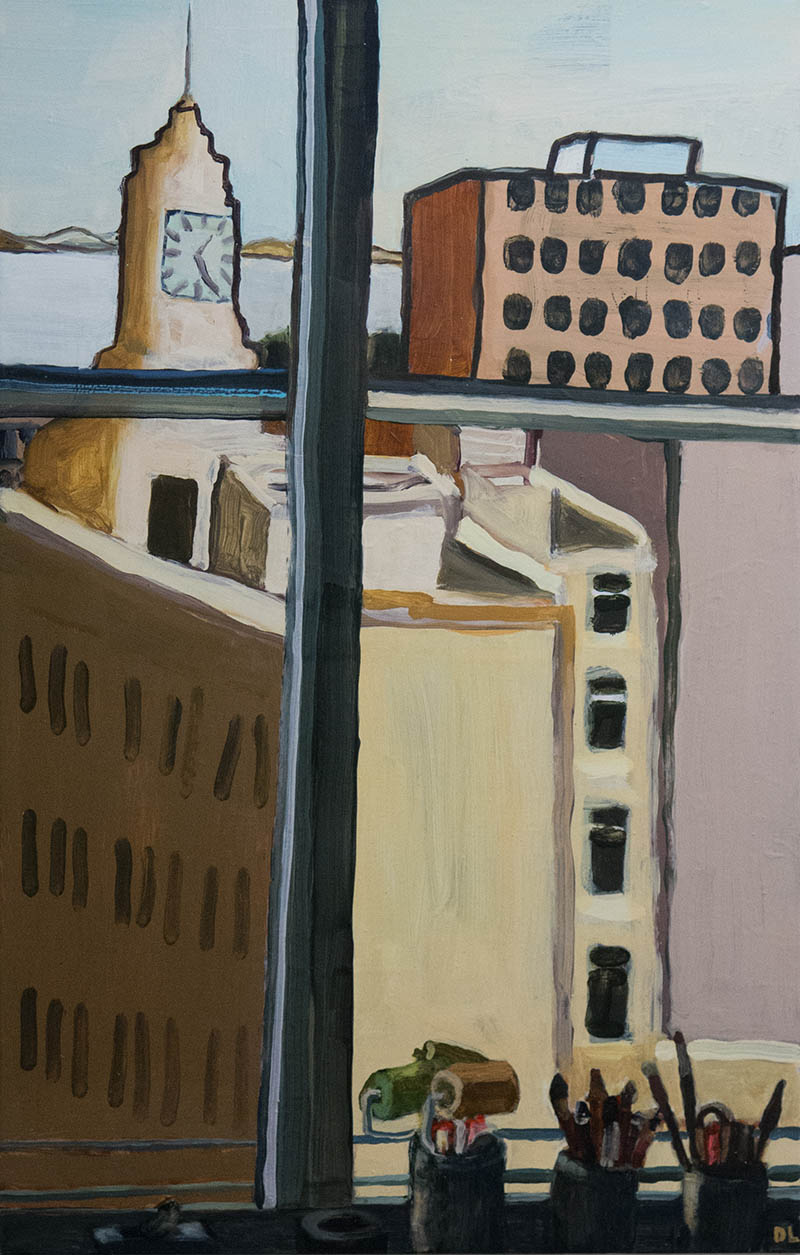 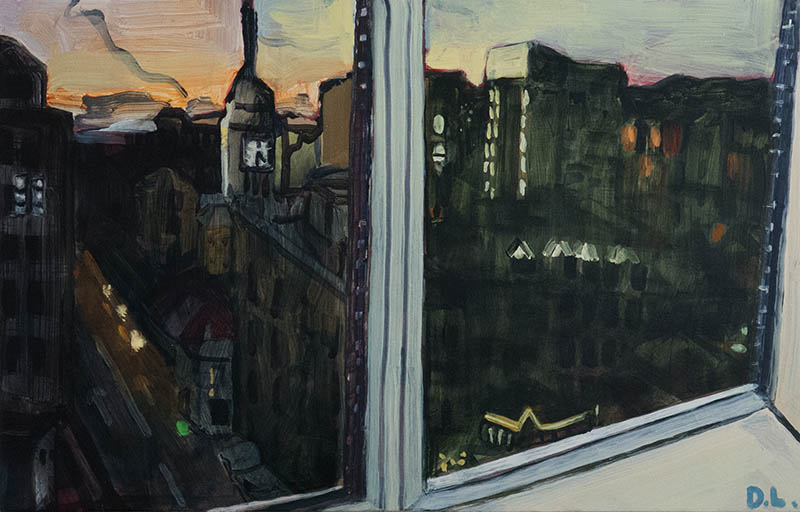 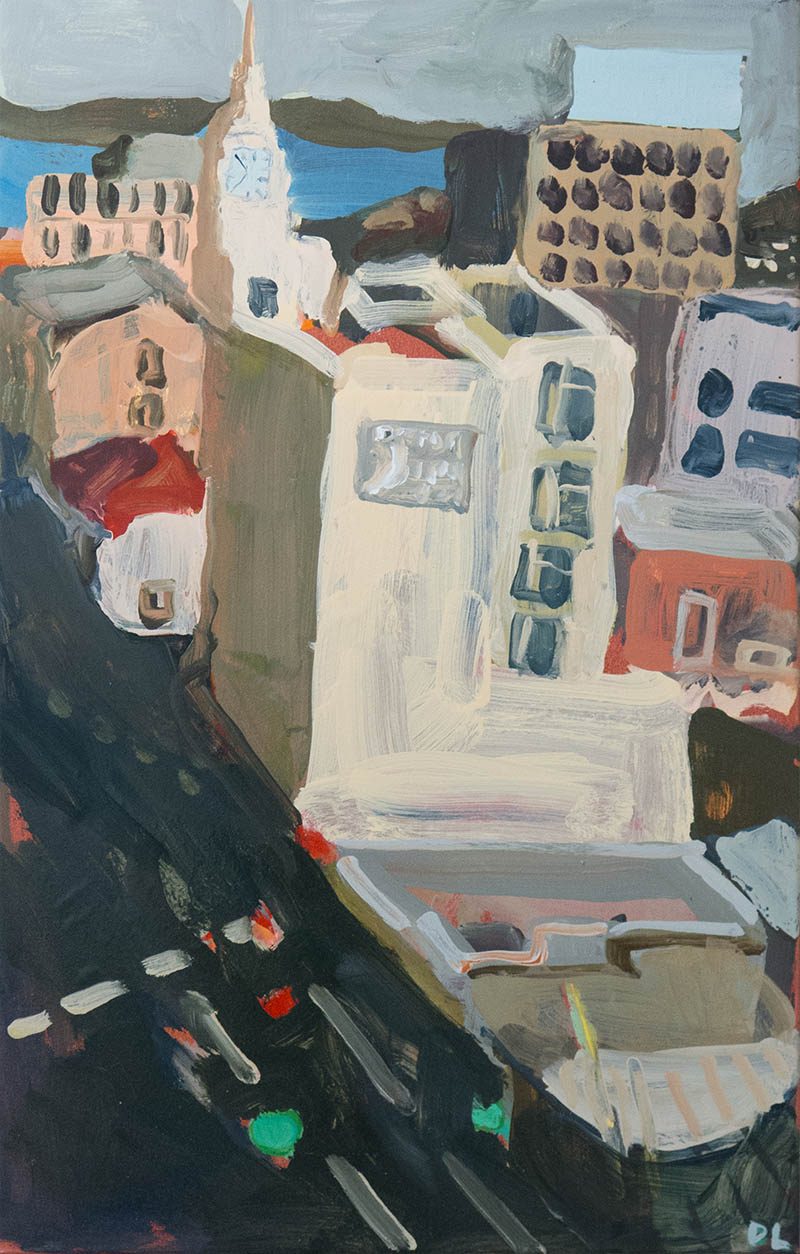 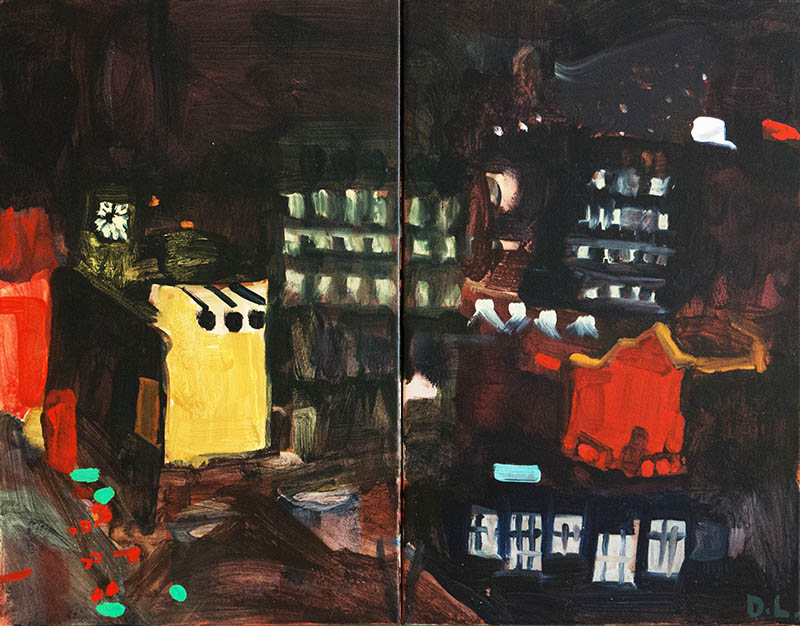 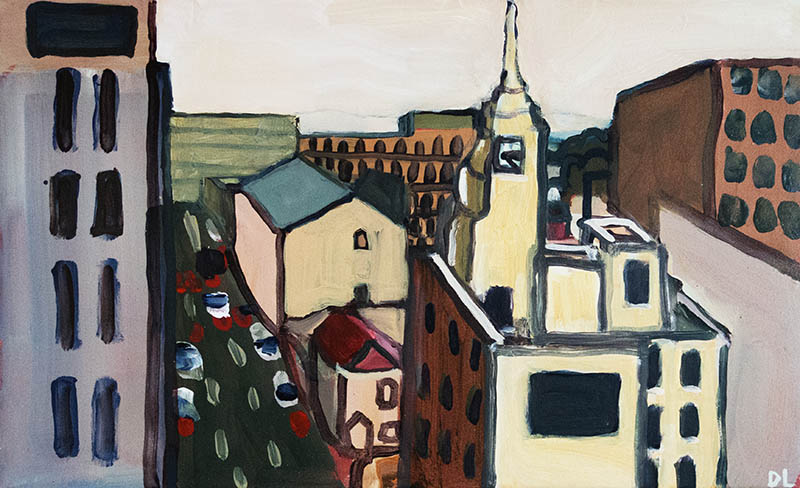 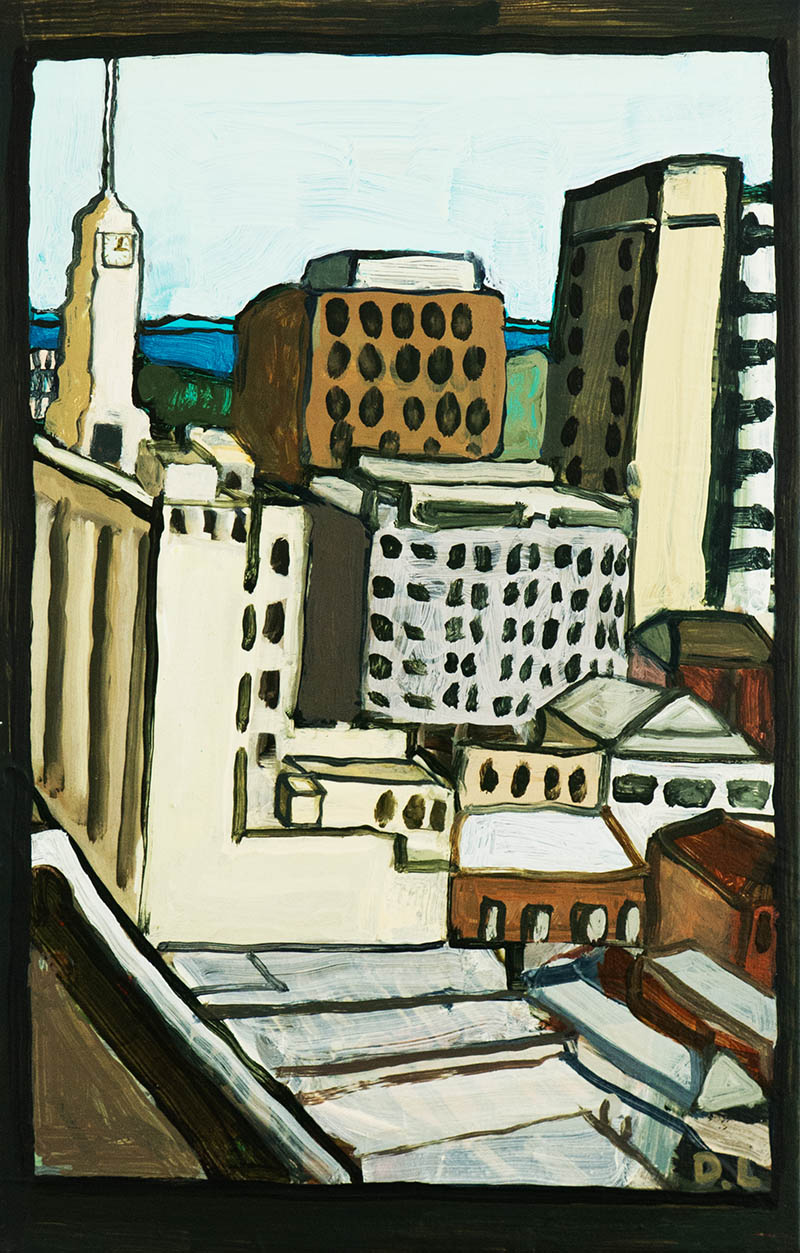 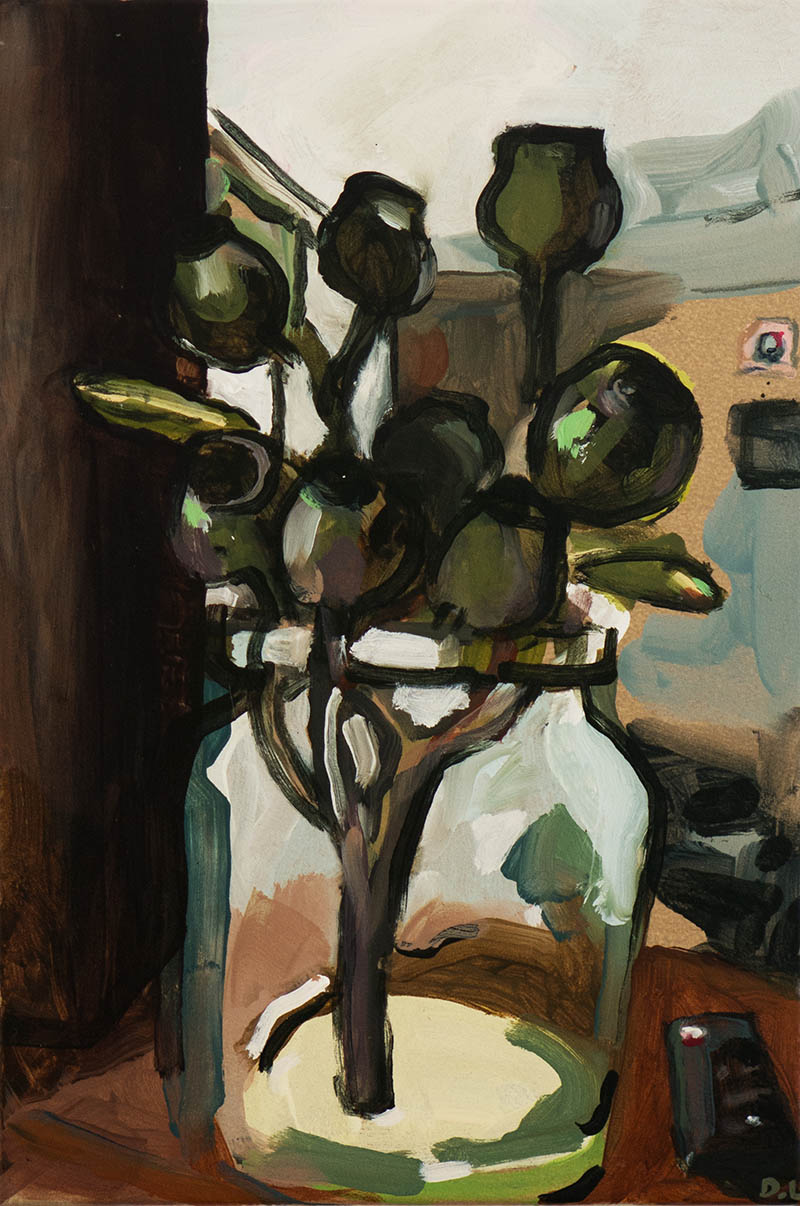 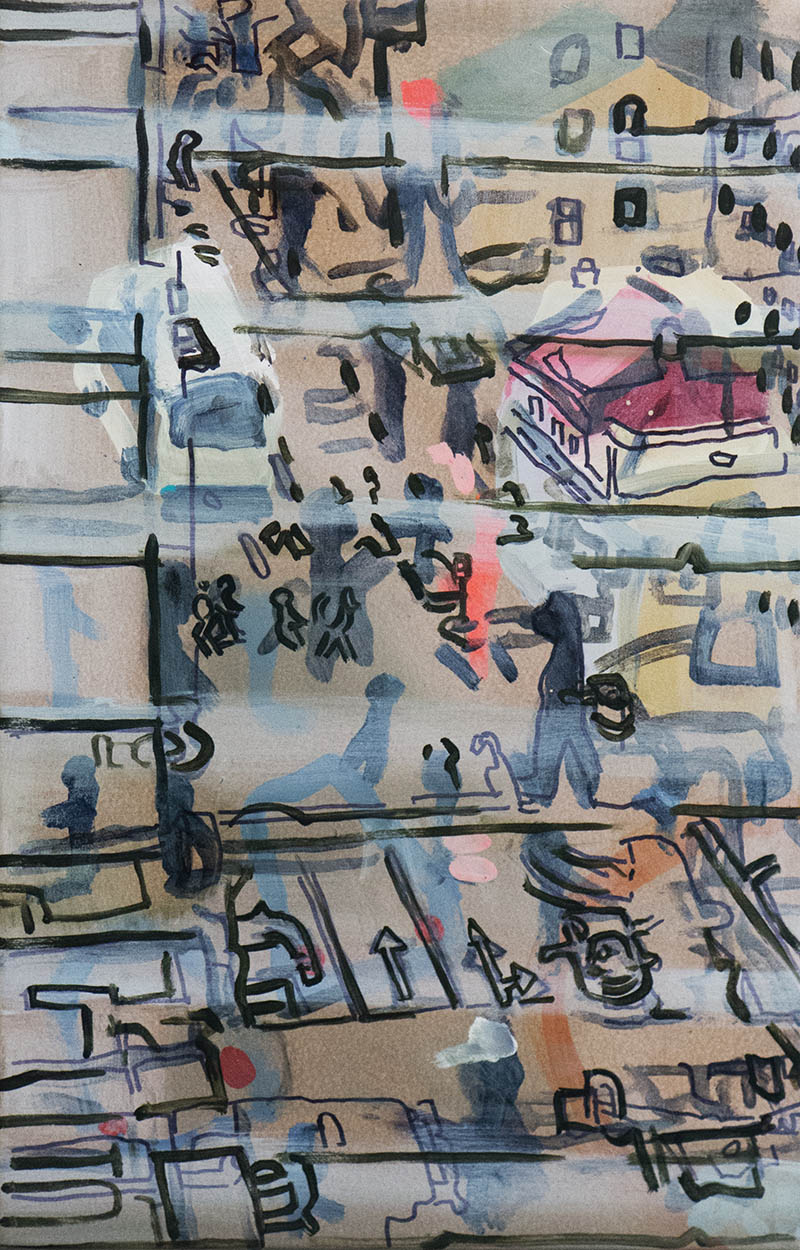 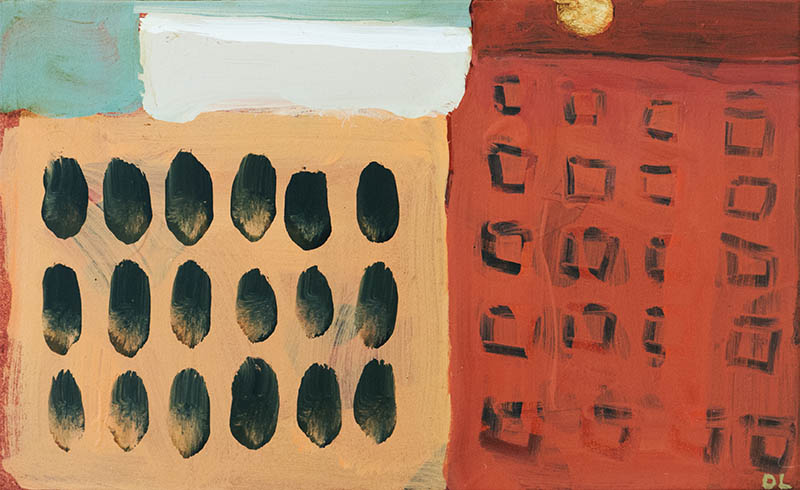 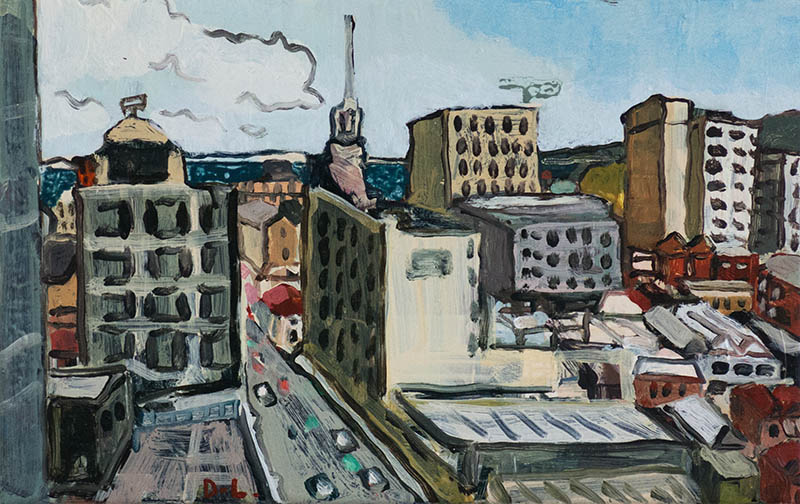 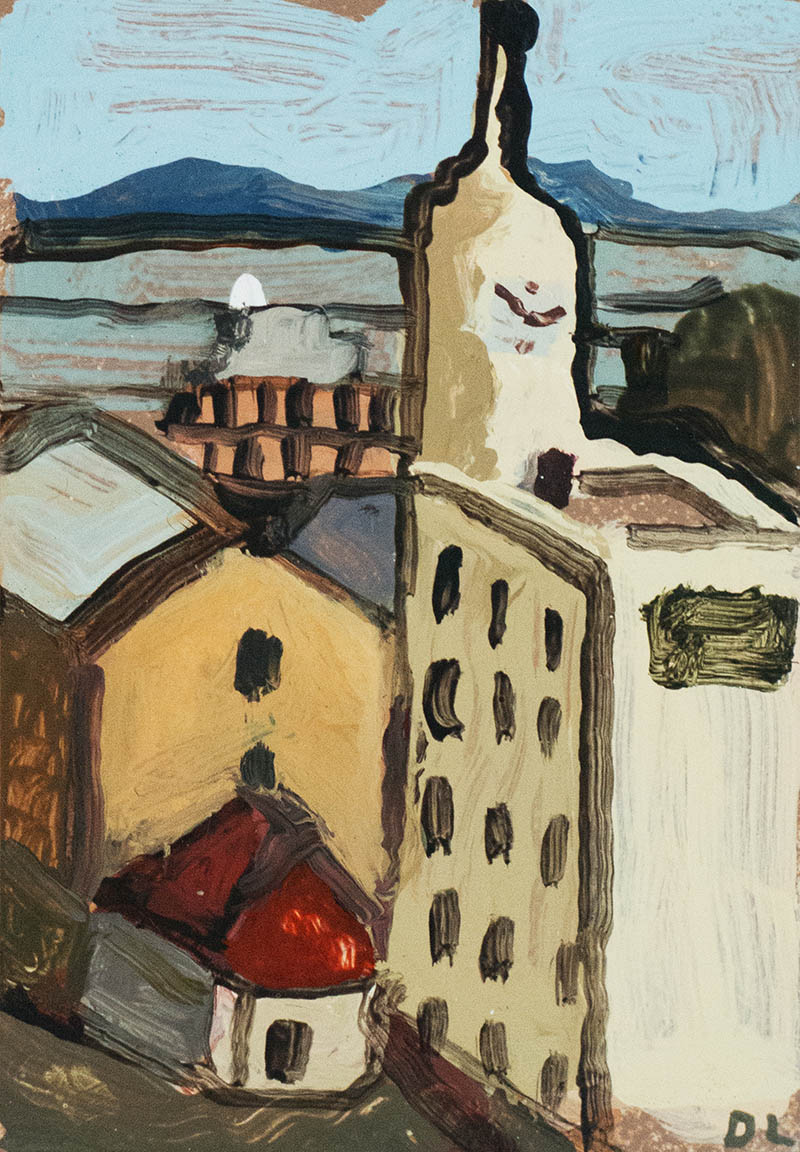